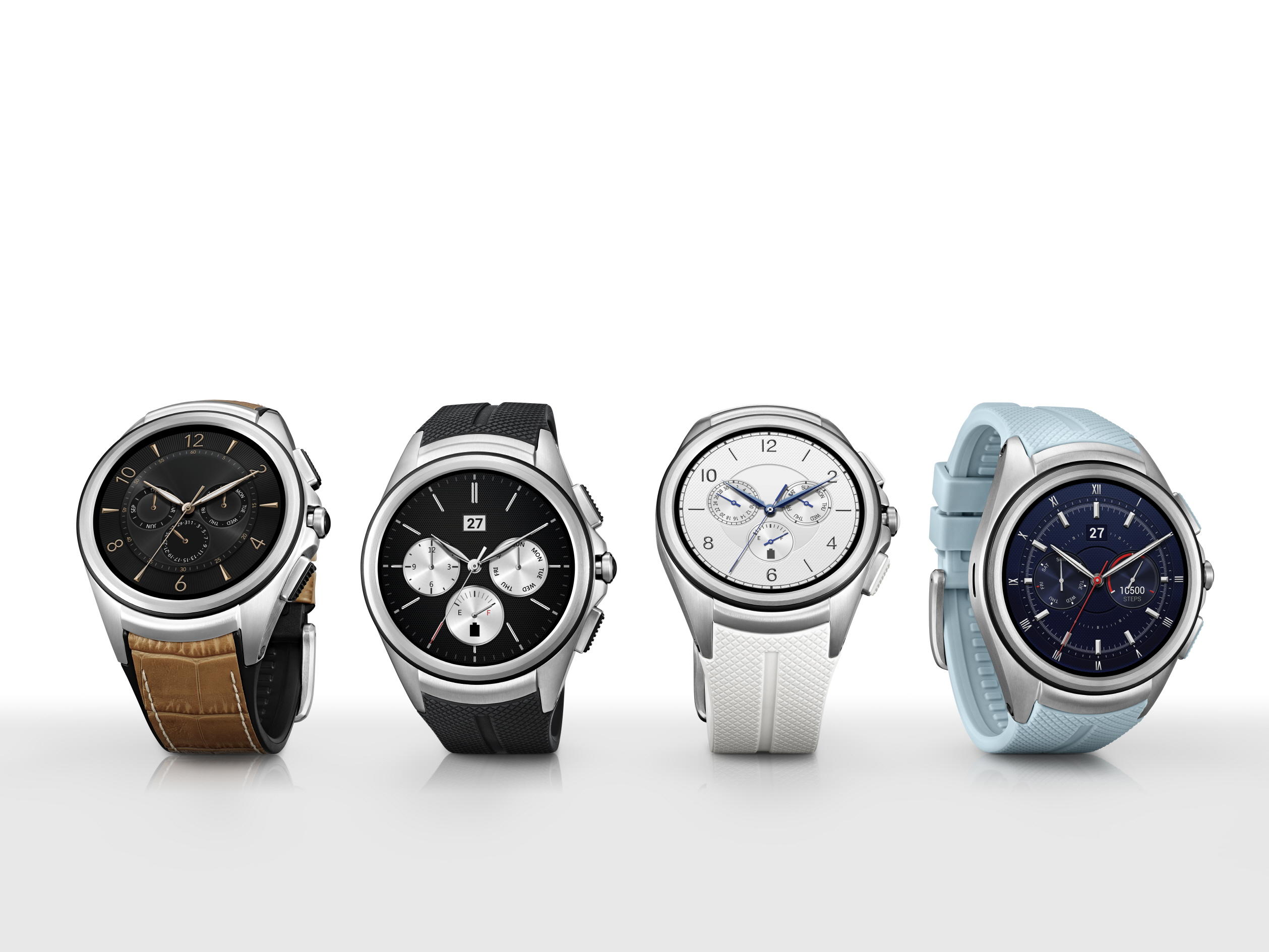 The LG Watch Urbane 2 is finally official and the shipping process for the device has been given the go. Just in time for the an updated Android Wear, which brings in native LTE support, since it’s the age of hybridized devices. With already pretty well-established competitors like the Samsung Gear S2, I thought a comparison between the two was in order for those who haven’t shelled out any cash just yet. Both are unique in their fields as they are among the few mainstream wearable devices that offer data connections and untethered user experiences, the LG Watch Urbane 2 using Google’s OS while the Gear S2 touting Samsung’s in-house Tizen.

LG introduced the LG Watch Urbane 2 alongside the LG V10, the company’s new dual-screen, dual-camera, 4K video champion smartphone. The wearable is the company’s newest attempt at taking on the increasingly scary competition from Apple, Huawei, Samsung and many more. Corroborating its release with Google updating its wearable OS with LTE support is working in favor of LG, while Tizen might be the first draw-back for the Samsung Gear S2 – depending on your preference, of course.

Wearables are becoming more popular thanks to the Apple Watch, but Android Wear support from the community hasn’t been as strong as many would have expected it to be. That’s about to change with LG Watch Urbane 2, though. Samsung has a pretty good hold on wearable lovers with its Gear line-up of devices, as last year’s rectangular Gear S was a success thanks to the 3G connection that it could uphold. This year, the Gear S2 is even more popular thanks to the redesigned circular watch face and the improved Tizen operating system. However, it lacks the fast LTE connection the LG Watch Urbane 2 is hyped for.

The original Watch Urbane was launched last year to moderate excitement, as the wearable was a bit expensive and featured the same specs as the LG G Watch R, the company’s first circular smartwatch. The new LG Watch Urbane 2 not only improves upon its design, but also adds support for 4G LTE, which might just be a first in the wearable industry. Other wearables could support 3G or GSMA connections, but that’s about it. Now, we can enjoy 4G LTE on our wrists, if that’s important to you.

The LG Watch Urbane 2 comes with a multitude of features aside from LTE which might make owners of its predecessor think of upgrading their device collection. The device is much improved compared to last year’s model, with a better higher-resolution display, better performance and battery life, more features, better design and of course, an improved Android Wear software on board, which counts a lot when thinking about a device you use to save time – not waste it.

The design of the LG Watch Urbane 2 remains true to the classic appeal of the original model, but the stainless steel body and fully circular watch face have a more sophisticated, metallic finish that sets it apart and gives it that sassy appeal rich folks like. The watch is also slightly smaller and more maneuverable and might appeal more to ladies or people with smaller wrists who found the first edition or the LG G Watch R too large for their preference. There are various band colors available, including Space Black, Opal Blue, Luxe White and Signature Brown, but unfortunately, they can’t be exchanged. Apparently, LG chose to house some of the hardware for the LG Watch Urbane 2 within the strap of the watch, removing the possibility of customization. 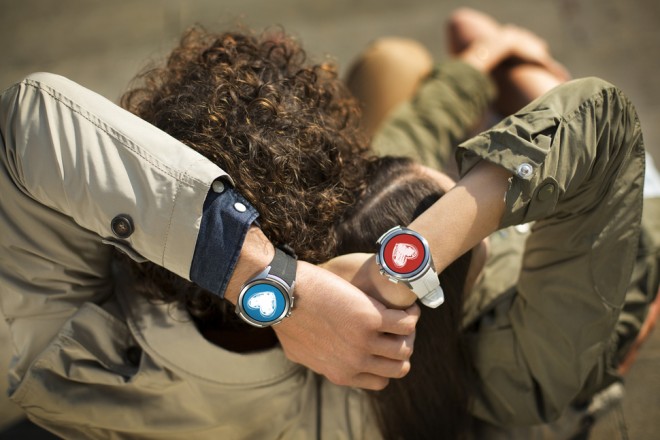 Under the hood, the LG Watch Urbane is outfitted with high-end hardware and a multitude of different features that pertain to wearable device fans. There’s a Snapdragon 400 CPU running things, 768MB RAM, 4 GB internal storage, a 1.38-inch fully round OLED display with a 480*480 resolution that adds up to 348 ppi. An optical heart rate sensor, pedometer, light sensor and an IP67 certification are also part of the specs sheet. A massive 570 mAh battery should make the LG Watch Urbane 2 a champion in battery life, with an anticipated autonomy of at least three days. It’s too early to tell at this point whether those claims will be met.

The LG Watch Urbane 2 features a 4G LTE and 3G connection and also comes with built-in GPS, so you don’t even need a phone in order to use it. Nonetheless, it is compatible with Android and iOS devices, so no matter where your loyalty lies, you can go for one of these if the rectangular, expensive Apple Watch doesn’t do your preferences justice. Although the LG Watch Urbane 2 price is pretty high at $500 if you buy it unlocked (Verizon seems to have it), AT&T will knock $300 off the price if you’re willing to pair a two-year contract with the wearable. That’s still rather hella expensive for a wristwatch, if you ask me, but hey, LTE on your wrists!

Let’s just state the obvious: the Gear S2 is cheaper than the LG Watch Urbane 2 and it still offers a data connection. How much speed do you need to update Google Now or the weather on occasion? It seems like shelling out an extra $200 for faster internet on your wrist is wasteful, but if we consider the design of the LG Watch Urbane 2, there might be some worth to it = depending on preferences, of course. The Samsung Gear S2 price is $300 for the base model, while the Gear S2 Classic will set you back $350. Verizon has a bit of an offer with a contract, but it’s not much, while AT&T might have the cheapest contract you can get in on, if you’re into that kind of thing. 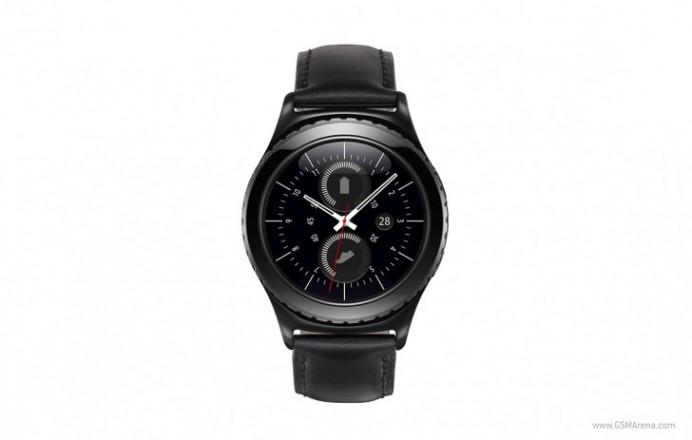 The Samsung Gear S2 is similar in design to the LG Watch Urbane 2, although the S2 Classic is much closer in appearance and feeling – as well as features. The Gear S2 and Gear S2 Classic both feature premium metallic designs and rotating bezels around the display, which you can use similarly to how you would use the crown on the Apple Watch – navigating through menus. There are two buttons on the sides as well. The Gear S2 could be called Samsung’s minimalist approach to wearable design while the Gear S2 Classic is actually quite similar to LG’s design language. The LG Watch Urbane 2 would have done well with the rotating design, but LG chose to place 3 buttons on the sides instead for shortcuts.

The Samsung Gear S2 comes with a 1.2-inch display with a resolution of 360 x 360 pixels, that adds up 424ppi, which is rather decent and better than the LG Watch Urbane 2 resolution. NFC, Bluetooth 4.1, Wi-Fi and a 3G connection are also available on the device. The added 4G LTE connectivity in the Watch Urbane 2 helps LG’s wearable become a bit more appealing compared to the Samsung Gear S2.

The Gear S2 comes with a 350 mAh battery in the 3G model, which is less than what the LG Watch Urbane 2 battery has to offer. With that in mind, we expect LG’s model to be the champion at battery life, but extensive testing has not been conducted on either of these wearable devices. We expect good battery life to be part of both user experiences, but we reckon the LG Watch Urbane 2 should perform better in this department in the long run. We’ll have to see about that, but things are looking good so far for both devices. 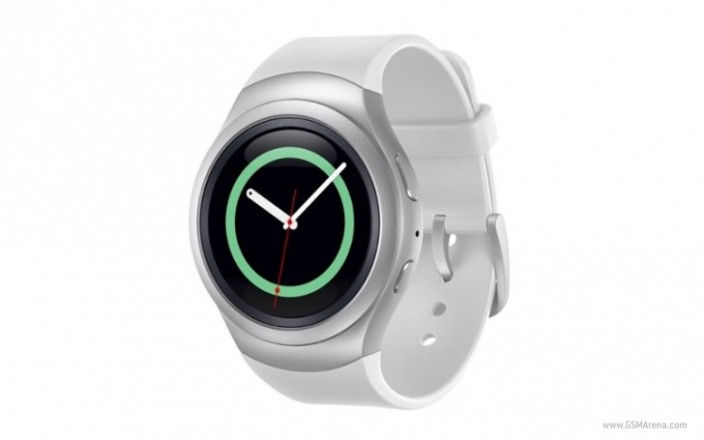 When it comes to hardware and software, the Samsung Gear S2 has the disadvantage of running on Tizen, which restricts access to the Google ecosystem, which might be a problem for Android fans. Compatibility is also a downside for the Gear S2, seeing as it is only compatible with Android phones. Samsung said it would develop iOS compatibility in the near future, but hasn’t updated on the matter as of yet. The LG Watch Urbane 2 holds a significant advantage with its cross-platform compatibility  with both Android and iOS handsets and Android Wear mobile operating system.

Under the hood, the Gear S2 features a Exynos 3250 processor from Samsung, 512 MB RAM and 4 GB Internal storage. Performance on the device is exemplary, but we expect the LG Watch Urbane 2 to perform better, depending on how well Android Wear and the chosen hardware work together. Seeing as Google and LG are usually in it together, we expect stellar performance from the watch. We just hope it doesn’t turn battery life into another problem along the way.

The Samsung Gear S2 also features fitness tracking abilities that have been praised by users and an IP68 certification, which is a bit higher than that of the LG Watch Urbane 2, making the wearable a tad more durable. The device is also more customizable, as you can change watch bands pretty easily. There isn’t any built-in GPS on the Gear S2, so that once again restricts the user’s options.

The LG Watch Urbane 2 is a comprehensive release from the company and it proves that wearables are indeed evolving to become more practical and more useful in our daily lives. The same could be said for the Samsung Gear S2, which is a cheaper, yet just as futuristic option. Android fans might not be familiar with Tizen at first, but Samsung has it down when it comes to wearables – most of the time, and the user experience on the device is pretty neat. Also, you can get used to it pretty fast. Ultimately, it comes down to how far you’re willing to go to have the latest tech. In my opinion, the LG Watch Urbane 2 is a bit overpriced and the Gear S2 has enough features to keep any serious wearable user happy. LG’s wearable certainly looks like a watch everyone would like to have, but 4G on the wrist just hasn’t convinced me to spend half a month’s paycheck on an accessory. However, I’m a cheapskate that bought a smartwatch and never felt it was helpful, my conclusion might be biased. Do you think the LG Watch Urbane 2 ended up being overpriced?