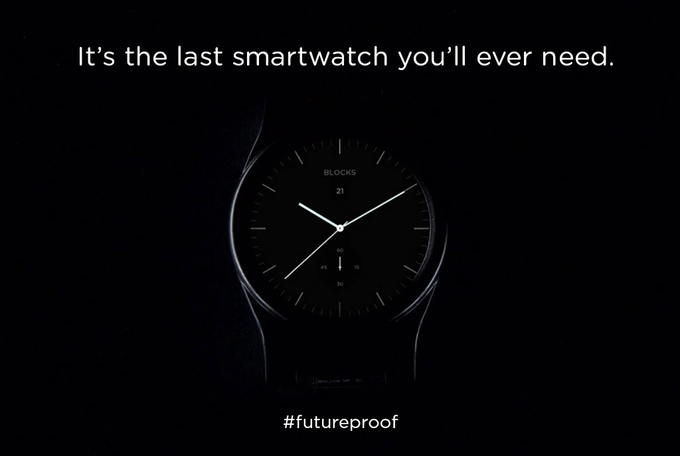 BLOCKS has little to do with blocks of anything and more to do with the modular technology industry that Google brought attention to when it gobbled up Project Ara. BLOCKS is a new campaign launched on Kickstarter a few days ago and aside from already surpassing its goal by a wide margin, the campaign is also a milestone in modular development. Project Ara is all about creating a modular smartphone, but BLOCKS is about using modular technology in more areas of development. The small start-up is starting off with a wearable device aka a smartwatch. The BLOCKS smartwatch is the first modular smartwatch in the world and is already creating quite the stir on the crowdfunding page.

BLOCKS wearables is the company behind the BLOCKS smartwatch and its main aim is to bring modular technology into the eye of the public. While Project Ara’s final form is nowhere to be seen yet, with a release date anticipated for next year, BLOCKS wearables has a good shot at becoming the next big company in IoT. While they did not announce other products, the BLOCKS smartwatch seems to be exciting enough for now.

After the BLOCKS Kickstarter went live, in a matter of hours it surpassed its initial funding goal of $250,000 only to have raised more than $560,000 at the time of this writing, with 2000 backers already interested in the device. According to the project campaign, the BLOCKS smartwatch should be ready to ship by November, so backers don’t even have to wait too long to get their hands on a unique piece of technology nobody has ever worked with.

The BLOCKS smartwatch was first introduced and demoed at CES, with the company promising the crowdfunding campaign to go online in the Summer. Manufacturing and design challenges have caused a bit of a delay, but luckily the wearable is now freely available through Kickstarter. You can get one of these smartwatches for pledging $195, and that includes the core device as well as a strap. The fun part is that later on, you can add more blocks to the strap of the device and each block will contain new hardware that will add features to the wearable.

The BLOCKS watch is comprised of two main parts: the core and the strap. The core can be interpreted as an entire smartwatch because it houses the main features that every wearable device has these days, such as the touchscreen display, the CPU, RAM, storage and fitness tracking. The strap is the more interesting part, because it can house up to 7 different modules. According to the company, developers will also be able to make modules of their own, aside from those that the company will be offering in the future.

These modules should be seen as small pieces of hardware. One module can contain a fingerprint sensor, another a SIM card slot, another a 4G LTE modem, another an extra battery, another a camera, another a heart rate monitor, another GPS, motions sensors, gesture sensors, NFC, payment module and the possibilities are infinite. The main idea behind the BLOCKS smartwatch is to allow customers to be able to create their own smartwatch according to their personal needs, instead of settling for devices that are made for the general population. It’s a personalized experience.

Go check out the BLOCKS smartwatch Kickstarter page to find out  more about the company and their initiative. Choose your favorite reward tier and get in on the action, because everyone seems confident that this is the future of the smartwatch in its entirety. We’re curious to see how well the modules and the core will work together and how easy it will be to create the bridge between them. Overall, this step forward is one of the most important steps anyone has taken in the wearable industry so far.

Hands-on HoloLens experience available throughout the month
Amazon challenging HoloLens with its own AR headset?