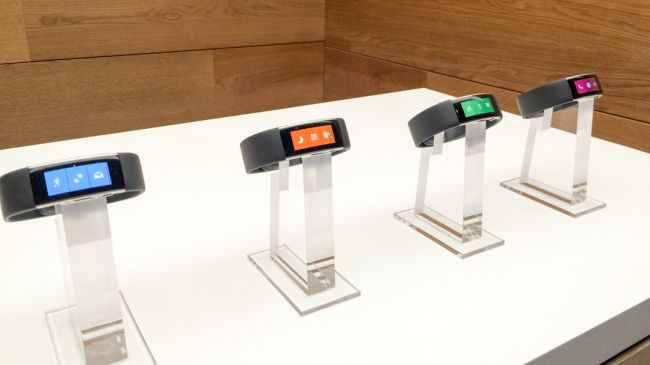 Microsoft can’t seem to get out of the spotlight nowadays, and with good reason. With the launch of the new Surface Book, Surface Book 4, Lumia 950, Lumia 950 XL and the fresh Microsoft Band, the company gained once again a boost in popularity for their devices department. Naturally, their software department working on Windows 10 is more interesting, as the new OS will be the definition of cross-platform integration and compatibility. The Microsoft Band is yet another statement towards this ideal of integration, feeding the cloud all the information about your body that you desire. The Microsoft Band 2 is the successor of the first edition of the wearable device, and while under the hood, its upgrades are limited, the change in design is a welcome one.

So how much of a difference is there between the original Microsoft Band launched last year and the Microsoft Band 2, launched a couple of week ago? In this short comparison, I’ll be detailing the differences in design, as well as performance and user experience so that we can decide whether the new version is worth the upgrade from the older one. Since their prices don’t differ, both wearables being priced at $250. Right off the bat, those who haven’t bought the previous edition and want to get in on the game should buy the newer model.

Both the first edition and the Microsoft Band 2 are not smart bands or smart watches. Microsoft tried to create a balance between those two distinct devices and made the Band 2 into a wearable that serves both as a smart watch and as a fitness tracker. That was the appeal in the first model and is still valid for the second generation of the device. Although there are many such hybrids among the Chinese portfolio of devices, none of them manage to merge the two worlds-  that of notifications and that of accurate fitness tracking – in a balanced way and remain more in the smart watch category. 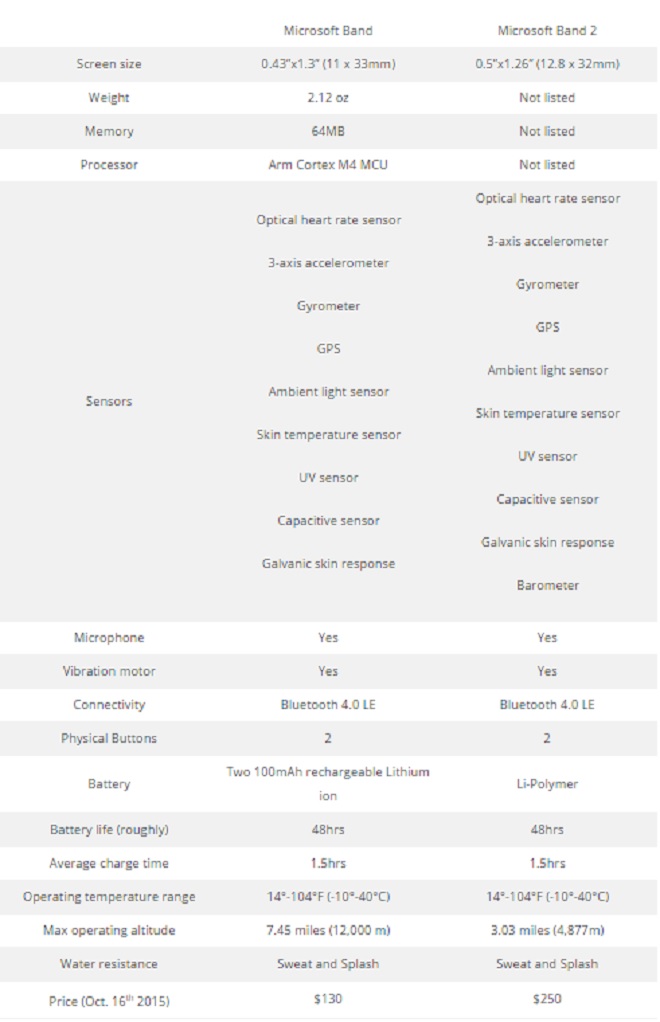 As such, Microsoft’s wearables are unique on the market and can be the perfect device for those who want the best of both worlds. The Microsoft Band 2 has certain improvements to both of its areas of expertise, but it is obviously the better choice in the face of the first model because of its much more pleasant design. The first Microsoft Band had design issues because it was blocky, rigid, a bit too big and cumbersome to use. Microsoft has listened to user feedback and has modified key areas of the Microsoft Band 2 design to cater to everyday preferences.

One of the biggest differences in design between the Microsoft Band 2 and its predecessor is the display, which is now a curved panel on the newer model. The curved AMOLED screen is larger and much easier to use than on its predecessor. The Corning Gorilla Glass 3 coating is a blessing on the wearable, as the first edition’s display tended to get scratched quite often and quite easily. The elastomer band of the Microsoft Band 2 comes with a redesigned latch that is easier to use and doesn’t unclasp randomly. The band is also adjustable, which is a small, but significant bonus.

The slightly larger home button and function button of the Microsoft Band 2 make navigation and use a bit easier and contribute to the positive user experience. Although the footprint of the device is still quite large compared to other fitness trackers, Microsoft radically improved the actual feel of the wearable and its bulkiness is no longer as bothersome. Fitting the Microsoft Band 2 into your shirt cuff won’t be easy though, but the improved design wouldn’t make you hide it anyway.

The Microsoft Band 2 comes with a larger 0.5”x1.26” touchscreen, compared to the 0.43”x1.3” display on the first model. The curved panel eases navigation by a mile and makes usage much more comfortable and seamless. Although the watch does remind of Gear devices from Samsung, it has its own unique feel and design accents. Resolution has not been given for the second generation of the Band, but most likely, it will be a bit higher than the original model.

One of the big advantages of the Microsoft Band 2 over its predecessor is software. The Redmond giant is equipping the Band with Windows 10 IoT and the updated Health app so that it can keep everything synced and organized without much interference from the user. The software experience of the first device was pretty good, but the new Windows 10 interface should improve things considerably. Cortana virtual assistant is going to be on board the Microsoft Band 2, which is another bonus that we have to consider. You will be able to set reminders, workouts, send emails and work with your device through Cortana, which will turn hands-free use into a breeze.

Although the company has not revealed the make and model of the processor in the Microsoft Band 2, we are told to expect an upgraded ARM Cortex CPU, with about 128 MB memory to back it up. The improvements to hardware lay more in sensors than they do processing power, as the company outfitted the wearable with 10 different sensors: barometer to measure altitude, microphone, GPS, optical heart rate sensor, 3-axis accelerometer, gyrometer, ambient light sensor, skin temperature sensor, UV sensor, capacitive sensor and galvanic skin response. The Microsoft Band 2 is the perfect fitness tracking device, although not a professional one.

The Microsoft band 2 battery life is one of the other unchanged aspects. The previous model has an autonomy of about two days, and the newer model keeps itself in that time frame. It is unfortunate that the company did not place a bigger battery in the device for at least a three-day autonomy. Hopefully, the third generation of the wearable ill improve upon this aspect as well. Disregarding the few similarities, the Microsoft Band 2 is very much an upgrade compared to its predecessor.

Saul BowdenMarch 27, 2017
Read More
Scroll for more
Tap
Droid Turbo 2 vs Moto X Pure – one to rule them all
Surface Book vs Surface Pro 4 – in depth about gamechangers
wpDiscuz