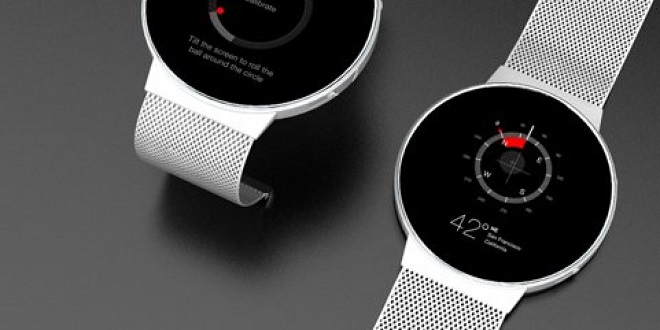 When Tim Cook announced the Apple Watch for the first time, he said it would change the way we live our lives.

Wearables from other companies already established in the wearable industry had secured a place for themselves in the niche, and Apple thought it could add something to it. The Apple Watch, although it didn’t become an indispensable accessory everyone wanted to own, did convince a lot of people that wearables could occupy a spot in their daily routines and relationship with technology. However, many people pointed out that the Apple Watch did reveal its first-gen caveats in the process.

Tim Cook seems concerned about how well his first device is being received, because while a good fitness tracker and a decent communications device for iOS users, the Apple Watch hasn’t quite made wearables mainstream. When the device was launched, the company’s main goal for it was to establish the wearable as something everyone should have. That didn’t happen, although the Apple Watch did take over the better part, about 95 % of market sale in the smart watch market.

The Apple Watch 2 release date was rumored well before Lam spoke up this weekend, but his statements are the first official information about the company until now. Unless Apple rushes to disprove these statements, we can pretty much say that next Spring, the Cupertino-based giant is definitely going to unveil another wearable device.

Compared to the first generation, the Apple Watch 2 should not only improve upon it but demonstrate that wearable technology can be an everyday thing. One of the reasons why the devie wasn’t widely adopted was its price, and another was its lack of Android compatibility. Android users are more accustomed to the concept of wearables because they have a lot of options out there. Apple fans don’t have as many and the Android market should have been a target for the wearable. Since the company insisted on exclusivity, the Apple Watch didn’t become the hit they expected it to become. Pricing and a lot of gimmicky, yet useless features can also be motives to downplay the importance of the launch.

However, the Apple Watch did turn wearables into a topic of conversation and brought attention to the market from customers who previously didn’t really care about it. When Apple gets in the game, usually it’s a sign that there’s potential in the product. Hopefully, the Apple Watch 2 will exploit some of that potential – not with digital heartbeat messages, though. The Apple Watch 2 is expected to either become what the first generation didn’t really accomplish – a mainstream device that really moves life along or an innovative product that adds a new dimension to wearable technology. I’m sure Apple wants the device to accomplish both those things, but there’s also a third scenario, in which the Apple Watch 2 becomes another elitist device that takes things already on the market and fits them to its ecosystem.

Right now, information about what kind of ideals the Apple Watch 2 is supposed to fulfill is scarce, so anything is possible. Most likely, however, the company will choose the round design this time around, seeing as most people seems to vote for those types of smartwatches. On the other hand, another great thing to turn the Apple Watch 2 into would be a completely health-oriented device, with minimal gimmicks included in the software. In this case, an even more popular smartband design could be adopted, keeping the improvements to the sensors and cloud computing.

The existing information about the Apple Watch 2 that can be considered viable does not point out new traits that the watch will have, nor does it reveal design elements and software features that Tim Cook and his team are working on. However, it does confirm that the company is working on improving their wearable and making it a universal tool of integration in every aspect of our lives.

One of the more interesting rumors going around about the Apple Watch 2 is that in order to become a more affordable and more widespread device, accepted by Android and Windows users alike, it will be a cross-platform device with a health-oriented function made to help people stay fit and healthy without too much effort. The company has already demonstrated their inclination towards positioning the wearable as a health-tracker and personal coach, so it’s entirely possible that the Apple Watch 2 will come with a very different user experience.

While pricing is one of the most widespread reasons why people didn’t buy the first Apple Watch, some pointed out that it tried to do too much. Tech enthusiasts were of the impression that the device could have been refined further into a healthy living aid, something many people are interested in nowadays. With the growing concern about spreading health issues across the world, a device that would help us keep track of our nutrition, fitness, mental health and lifestyle would be welcome. The Apple Watch 2 could be the device to do that.

With a better heart-rate monitor, advanced sensors for health readings and tracking, personalized coaching assistant functions for Siri and innovations in how the way the Watch would gather data from all your platforms in order to form an overview of your lifestyle could turn the Apple Watch 2 into an innovative device. At the same time, it could actually help the wearable become a mainstream device by targeting something everyone wants to do: live a long, healthy life. I believe if Apple were to go down this path, it could turn the Apple Watch 2 into a much simpler device that would pay for itself, even if the components and high-end sensors would warrant a high price. People would go crazy over an easy-to-use device that told them how to fix their eating habits step by step or how to slowly introduce exercise into their life at a comfortable pace.

However, the Apple Watch 2 could also become a device similar to the LG Watch Urbane 2 LTE – a wewarable that replaces your smartphone and connects you to everything you need at a glance. I don’t know about you, but complicated is not what I’m looking for in a wristwatch. Nonetheless, the idea of replacing a bulky device and all that social media nonsense with a small, useful device that only gives you the notifications that actually matter during your daily life could also make an impact on the market. But this is a difficult device to pull off, seeing as it would need accessories like a headset and a truly unique UX in order to be actually easy to use.

If you have to wait for the Apple Watch 2 display to get to where you want it to be and load the information you need, it’s not a very time-saving device, I guess. Maybe some of you guys find using wearables fun and easy, but I honestly only see them as health- and fitness-related devices. Notifications can be a bonus, but responding to emails and messages on a less than 2-inch display can’t be comfortable no matter how ingenious the user interface is. We’re looking down on our phones enough already.

Anyhow, the idea is that if Apple wants to make a device that everyone will want to have and will feel like they need in their life, they should focus on making the Apple Watch 2 a health-oriented device and on making the software smart enough for users to feel familiar with. At the same time, a health-oriented device would serve the easy purpose of getting you through the day and through your calendar appointments, serve you only priority information not related to your health metrics, stress levels, mood and mental state and give you an overview in a timely manner about how you’re actually treating your body. These are just my ideas and the way I see the future of wearable technology and the Apple Watch 2, the reality of things could be very different.

The idea is that the Apple Watch 2 is in development and will be launched around April 2016, if the info is correct. How the device will look like or what it will be able to do is still a mystery. I imagine the Apple Watch 2 as a health tracker and fitness coach, but I’m sure you guys could see a million other neat purposes for it. How could the Apple Watch 2, in your opinion, convince the majority of people to “need it”?

Timeline UI aka Firmware 3.8 coming to Pebble Classic and Steel this month
Some diets will never work for you, because people have different metabolisms