7 Steps to become a pro gamer 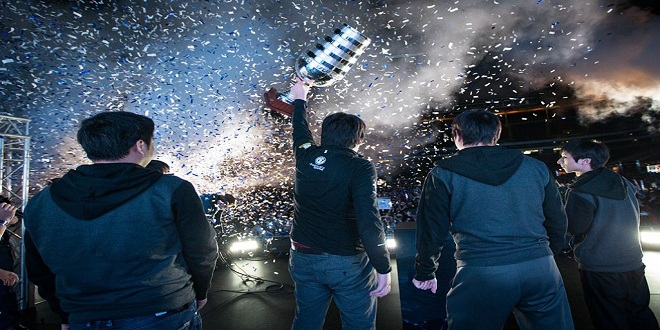 7 Steps to become a pro gamer

Considering that E-Sports became an industry, pro-gaming is now a real job. Even CBS Sunday Morning mentioned in a mini documentary what a huge impact E-Sports made in the entertainment world. Pro-gamers are famous world wide and have millions of fans who pay to watch them play.  “But how do I become a pro gamer?” this is the question you mostly likely have if you are reading this article.

Based on brainstorming, research and experience, I concluded 7 steps to becoming a pro gamer:

1. Know what you want and never give up. The most important decision you can take in life, the one that will decide the path you’ll walk, it is the hardest to make. Some people don’t even get there and they wind up dying without even knowing what they really wanted. If you already decided that you want to have a gamer’s life, don’t let other people tell you that you are wasting your time. This is the most important step, to know that you want to be a pro gamer and dedicate yourself to your wish, fight for it, even if it gets hard sometimes. You could become a pro gamer if you REALLY want to, it’s just that easy.

“I love playing games, and I love this career I chose for myself. It’s often easy to forget how lucky a person is to be doing something he loves as his job. Realizing this is a source of my motivation to keep going as a pro gamer. I’m a very happy person.” Starcraft 2 player “JaeDong”(JD)

2. Accept that it’s a job, but don’t give up your day job. It’s a known fact that, mostly teenagers and unemployed young adults decide to become gamers because it seems an easy job, which is not. In fact, income will come later in progaming, thus having a day job becomes necessary. A day job could also keep you rooted in reality and be considered some kind of a break from virtual reality. Don’t freak out, you won’t need your day job for much longer if you do become a pro gamer, but in the unfortunate case you won’t, that day job will keep you employed and ready to find some other dream.

Eric Wright Madden pro player says he wants to keep the day gig because it’s “consistent income and I know Madden isn’t always going to be there.”

3. NEVER forget why you started playing the game. It doesn’t really matter what game you’re playing, you probably started playing it because it was fun or because all your friends were playing it, the important fact is that you enjoyed it. If you reach this step it means you already know you want to become a pro gamer and you accept that it is a job. As we know, jobs are stressful, and induce a level of monotomy, that being said not forgeting your love for the game will keep you hanging on to it. Don’t do it just for the money, keep your passion for the game(Artosis lost his passion).

“It’s amazing. I get to play an awesome game, meet diverse people, travel around the world and see places. It has enriched my life in so many ways. I love the lifestyle of being a pro gamer though it can be challenging. My dreams are to contribute to the growth of eSports worldwide and to become very successful in Starcraft 2.” Starcraft 2 player “Grubby”

4. Self-Control. Don’t imagine self-control as a military training but you should be able to work by a schedule, keep yourself concentrated on the task at hand, don’t engage yourself in useless, childish fight and never forget about respect(idra). There are a lot of issues with gamers involving anger but that is a step back and all you want to do is move forward. It can become frustrating to do the same thing for 8 to 12 hours a day, or even have bad days when you lose but don’t burst into anger because you’ll only hurt others, yourself and mostly your dream. Self-control is basically keeping your emotions in balance, but also finding time to make some exercises and keep a healthy diet.

“You’ve got people watching — sponsors and potential sponsors, as well as fans — so you have to conduct yourself better than your average gamer.” Paul D. leader of Axion Gaming

5. Balance between creativity and logic. We all know that the right side of the brain is asociated with creativity and imagination as for the left side of the brain it’s represented by intelligence and logic. The key to be good at something it’s to use both sides as equal as possible. There are some jobs that relay on logic and some jobs that relay on creativity but with gaming it’s a different story. To be good at a game you’ll need to understand it logically but find new crative ways to play it. To reach this balance you’ll have to train your brain but don’t forget to REST. We know that rest is the best way to keep your brain healty.

“You need to dedicate pretty much your whole life to it, and there’s so much competition now it’s really hard to have a balanced life and be a pro gamer,” said George “HotShotGG” Georgallidis, a retired e-sports competitor and owner of the team Counter Logic Gaming.

6. PRACTICE, PRACTICE, PRACTICE. It’s true that some people are naturally better at gaming but not even they can become great without practicing a lot. Patience and perseverance are the key factors in concentrating on the matter at hand, that being: playing and replaying the game you want to be good at. Gradually you’ll become better without even noticing, you’ll stop thinking the game and start to playing habitually, in other words, you’ll implement this game in “your blood”, in your own rhythm. Hard work is guaranted factor in success.

“Practice was from 4pm to midnight, then more streaming for practices, guides, or boosting until 6am. Sleep until noon, rinse and repeat for months on end.” Brandon who attempted to go professional in LOL under the name “Exempt Puddle”

7. Find ways to prove yourself. Last but not least, try to participate in as many tournaments as possible. This is not a normal job and if you want to reach a pro gamers level you’ll have to be able to win some of these tournaments. After you think you’ve reached that level of competitive playing you’ll need to grind your way up the ladder, you’ll need to have a team even if it’s a 1v1 game like Starcraft (or chess) and most importantly, gain others respect.

If you need a motivation, try Day9’s motto “Be a better gamer”