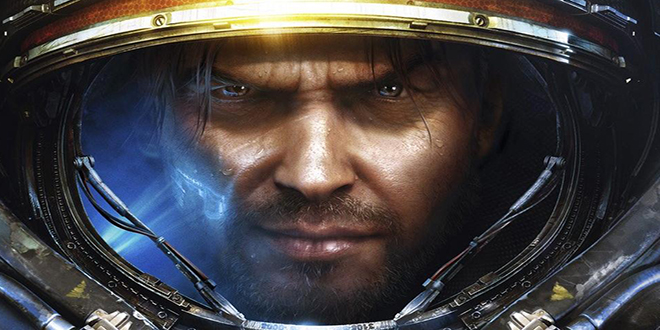 The rebel, the renegade commander, James Eugene “Jim” Raynor. The major protagonist of Blizzard’s Starcraft Series, was kidnapped from the Starcraft World and brought to the Nexus to become a Hero of the Storm. One of the most beloved characters from the Blizzard universe, changes his opinion about the Zerg race fighting alongside Kerrigan (the love of his life) to bring down Mengsk, the leader of the dominion forces. He might not be the most intelligent man but Raynor is resourceful and persistent and because he is always willing to do the right thing, he can face even the most hostile situations.

Raynor is a ranged Assassin hero with attack damage of 40 and base health of 725 at level 1. Keep in mind that the Assassin is a burst damage hero, so don’t try and make it a support. One of the first things you’ll have to do is to choose the first talents right after you start the game.

Level 1: You’ll have to choose between: Give me more; Seasoned Marksman; Raiders “recruitment” and Scouting Drone. I personally start by choosing Seasoned Marksman just because for every 6 enemies killed you get 1 basic attack damage and if you’ll get into the late game, trust me you’ll need it more than any other skill. When you have a good team you’ll get to level 4 in no time, and you’ll have to choose the next talent.

Level 7: Hamstring Shot; Revolution Overdrive; Fight or Flight or Mercenary Lord. Here you’ll really have to take Hamstring Shot for that 20% movement speed reduction for 3 seconds, you are after all an Assassin.

Level 10: Once you’ll reach level 10 you’ll get a new skill (ultimate). I go for Raynor’s Raiders just because you’ll get more damage in less time. Meanwhile, Hyperion is an AOE damage skill and it attacks up to 4 Random enemies in its path and it only lasts 12 seconds, also enemies can walk out of its path.

Level 13: Giant Killer; Double-Barreled; Steel Resolve and Puttin’ on a clinic. As an Assassin you’ll need Giant Killer. As long as the hero’s health is at maximum, your damage will be increased with 1.5% of the hero’s maximum health and it’s a good combination with Vampiric Assault because if you give more damage you’ll heal faster.

Level 16: Executioner; Cluster round; Bullseye; Relentless Leader or Berserk. Bullseye definitely! It’s a combination between stunning your enemy for 1 second while making him take 50% more damage. That 1 second stun can help you disrupt your enemies’ over-time skills, and help the team more that you could imagine.

Level 20: The last talents offered in the game are: Scorched Earth; Dusk’s Wings; A Card to Play, Nexus Frenzy and Bolt of the Storm. I usually went for Bolt of the Storm because you can go in and out of a battle whenever you want, but you can also use efficiently Nexus Frenzy for that 20% attack speed and range bonus.

This is the most useful way to play your character as an Assassin, because you’ll have a combination between dealing damage, health regeneration and speed/blink. Don’t forget this is a team game, so don’t expect to win all by yourself, no matter how good your build is. Feel free to tell me your opinions on other builds for Jim Raynor. If you tried and liked my quick guide, stay tuned for the ones I’ll write about other characters (I’m thinking about Tassadar or Malfurion next).

IEM season IX in Katowice, RO16 Predictions
Mortal Kombat X: Here are all the characters revealed so far; plus speculations