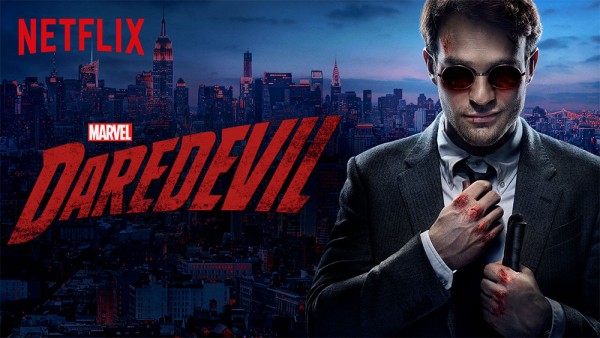 This has been my fun little list of comic based TV shows that you should give a watch. These aren’t necessarily my favourites, just ones that I would recommend if you’re a fan of comic books and their adaptations. Here is my final recommendation: Daredevil.

We’ve been through this and you should have known it was coming. I have already covered this show in my debut article but I’m not quite done yet. While there are important things missing from Daredevil’s story in this show I don’t think that weakens its position too much as being the best show on this list.

What I expected was the typical watered down Marvel Cinematic Universe version of Daredevil, but I got instead… was Daredevil! I’m going to recommend Daredevil for reasons that I didn’t cover in my debut, its characters and morals. By now you already know my opinions on the gritty real tone and beautiful cinematography but what sets Daredevil apart is that unlike most shows which will try to pretend that their hero is similar to their villain in the cliché “you and I are not too different” speech, in Daredevil there is actually a lot of truth to it.

There are very few shows that feature a hero and a villain, who while on complete opposite sides legitimately do want the same thing and neither have the right idea of how to go about it. As opposed to making Matt Murdock right and Wilson Fisk wrong, there is a good reason to believe that both of them are wrong. The characters have constantly conflicting morals but ultimately are very human. More so than any other show I’ve seen out there for a long time.

The character development and style are both amazing with the mise-en-scène perfectly showing the stories of the characters as the show progresses. It has by far the most human take on a villain that has ever been done in anything Marvel related and is truly great all around. If you’re looking to get into Daredevil and you’re not quite sure whether you want to spend a lot of money on collecting comics yet, watch this show, it may prove to be a good decider.

Recommended Episodes: “In The Blood”, “A World on Fire” “Shadows in the Glass”, “Daredevil” It is worth noting that with this show if you miss an episode you will be kind of lost.

Thank you for bearing with me through my written ramblings although I’m not done yet. In keeping with comic book TV shows I have something special coming up very soon.