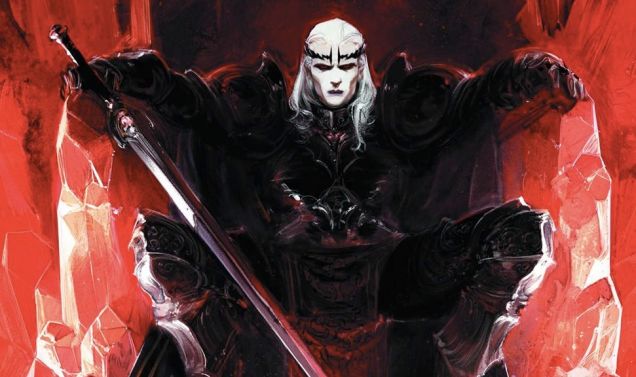 This is part 5 in my list of comics that should have their own TV shows. If you’re new to the series, please check out my introduction. This time around we’re talking Elric Melniboné, somewhat of an anti-hero.

Elric was conceived as the Anti-Conan, an albino warrior who was physically weak and frail but used magic to bring himself power all the while possessing an enchanted black sword named Stormbringer which fed on the souls of anyone unfortunate enough to be cut by it. Think of it as if The Kurgan from Highlander was his own sword and being wielded by another Kurgan.

Like Conan, Elric was originally a series of fantasy novels (written by Michael Moorcock) which was adapted into various comic book series with varying success. My reasons for wanting to see the comics adapted is in part the same reason I’d like to see Conan adapted, to see a blend of stories from  the books combined with visuals inspired by the beautiful art of some of the comics. 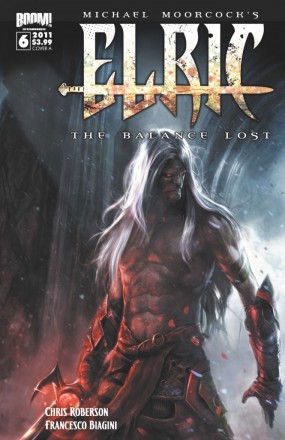 This may be considered as cheating in some regards as Elric has not been nearly as consistent with comic books and publishers as Conan but by this point I’m six articles in and I can cheat if I want to.

Alternatively I could also see an adaption of “Michael Moorcock’s Multiverse” working on TV although it would only realistically last for one series. The show would feature three separate storylines that run through the show together, with each episode dedicating a certain amount of time to each story. TV watchers are no strangers to A and B storylines in TV shows but in an adaptation of “Michael Moorcock’s Multiverse” no story would take the backseat in being less important.

These are both potential TV shows that could be very interesting if handled correctly, although unfortunately I could easily see this idea going the way of Métal Hurlant Chronicles and becoming a weaker show that doesn’t quite live up to its potential for no other reason than I couldn’t see it getting an experienced enough creative team. It’s an idea that would make for a great show, but I would be worried about it.