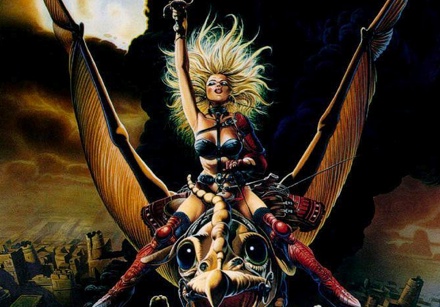 Welcome the third comic on my list of comics that I think should have TV shows. If you’re new reading this please check out my introduction, if you’re not new well… carry on reading, because this time around we’re talking Heavy Metal!

Heavy Metal is one of the only examples I can give of a comic that I really truly do not think works in the film medium. With two movies based on Heavy Metal failing miserably I am forced to believe that while there are good anthology films that exist I think the medium translates far better to TV.

With it being such an awesome idea for a show that probably should have been done a long time ago this is one of the few times when I’d honestly like to see America take a stab at something that another country has done before. With Heavy Metal being popular in the United States and shows like American Horror Story, Daredevil, Game of Thrones and many others out at the moment, and with Metal Hurlant Chronicles already setting the bar I see no good reason not to try again and not water down the violence, sex and gore that made the comic books popular.

Heavy Metal has such a plethora of stories that could be adapted (and properly this time) and with it being so influential from everything to cyberpunk, fantasy and, believe it or not, manga and anime it deserves its moment and it deserves a team of filmmakers that could actually do it justice because as much as I hate to say it “Métal Hurlant Chronicles” just isn’t cutting it.