Welcome back to my sixth entry in this series where I talk about comics that I think should have TV shows. If you’re new reading this please check out my introduction to get the hang of this! Also, check out the previous entries in the series and tell us which of these comics you’d most like to see being adapted into TV shows. This time around, we’re talking X-Men once again!

The X-Men film franchise is a troubled one. In my opinion it’s a film series that flops back and forth between being the best and the worst one. While X-Men and X-Men 2 set the standard for comic book movies and are to this day fantastic, the third movie left a lot to be desired and the less we talk about “X-Men Origins: Wolverine” the better. It was followed by a moderately better if uninteresting second Wolverine film and “X-Men Origins: Magneto” was worked into the far better “X-Men: First Class” followed by the truly amazing “X-Men: Days of Future Past”.

All in all X-Men is quite an inconsistent film series, when it’s good it’s untouchable but with two huge disappointments and a Wolverine film that just left everyone indifferent, it’s not always held in the highest regard. While it’s true Bryan Singer has restored it to its former glory I would still like to see a TV show, a serious live action TV show separate from the films that exists in its own continuity.

This is partly because there are so many characters that you just cannot balance them and the X-Men series has proven this many times, as it doesn’t balance them. We get real true development from Wolverine, Xavier, Magneto, Jean Grey and the Beast but it seems every other character just kind of exists and we don’t learn much about them. That and the X-Men series has some horrifying aversion to keeping supporting cast members. Or alternatively they just kill them off between films with no more than a passing mention (Rest in Peace Azazel, you were too good for this world and a wasted opportunity. Lest we forget). 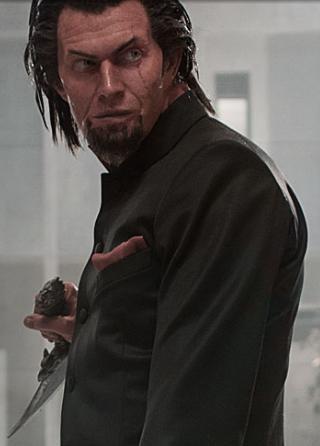 Such potential, such continuity

I think a TV series with a large ensemble cast could make for a very strong series, and ideally would be able to flesh out characters like Storm and Cyclops, who despite appearing in all the films doesn’t really ever seem to have much going on.

My own personal picks for a cast of characters would be: Cyclops, Jean Grey, Angel, Hank McCoy (ideally played again by Kelsey Grammar), Ice-Man and Xavier and start off with the original X-Men line up before adding in characters like Storm, Rogue and Wolverine (if they were brave enough to cast someone other than Hugh Jackman).