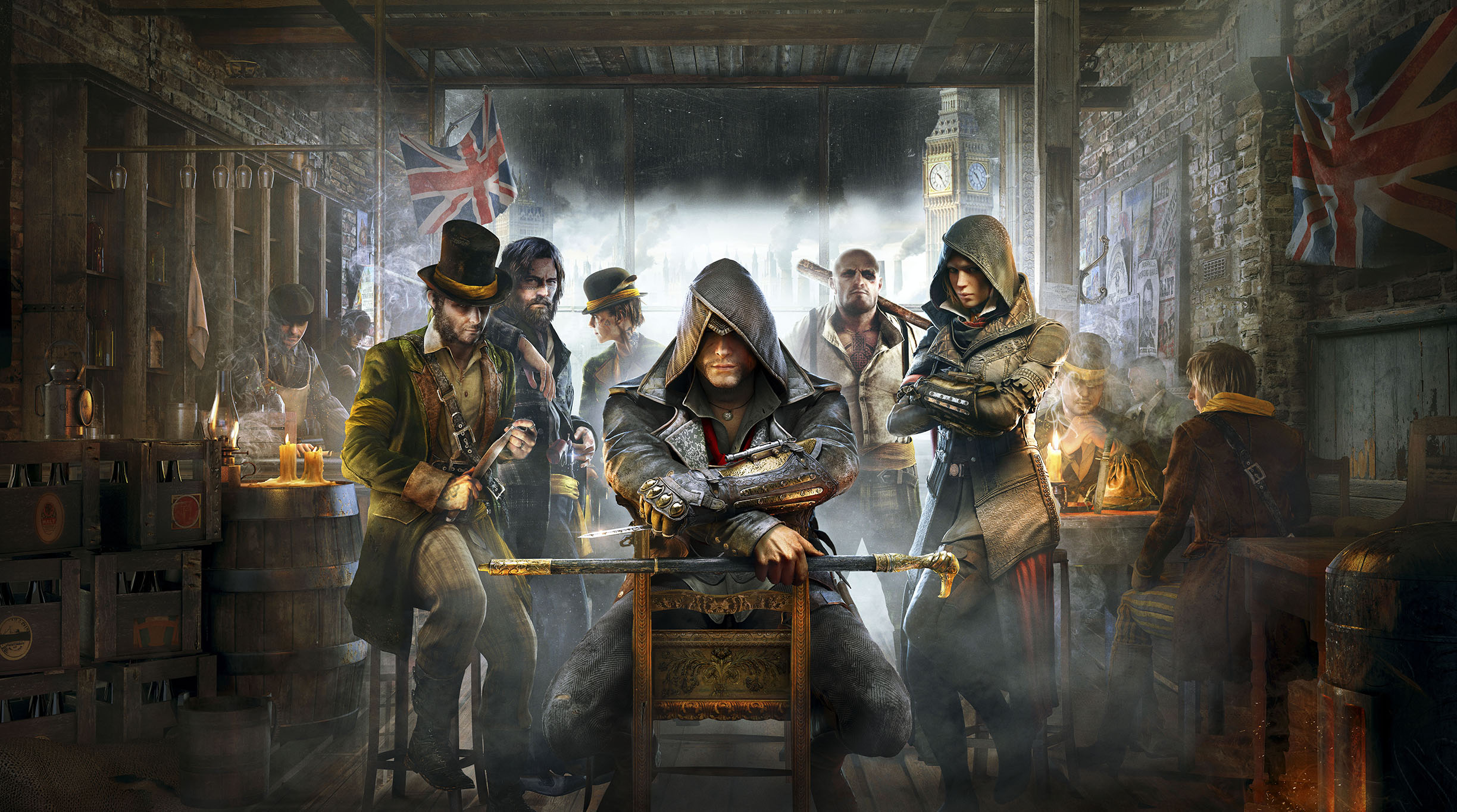 Ubisoft gives the world a taste of the long list of changes coming with Assassin’s Creed: Syndicate with a huge display of gameplay footage

Today Ubisoft took to the web to announce the next title in their yearly release series Assassin’s Creed. This time set in Victorian England it will be called Assassins’ Creed Syndicate and will introduce massive changes to the series. It will launch players into the height of the Industrial Revolution where the divide between rich and poor has become a chasm. That near modern setting is giving the series a chance to introduce so many changes that Ubisoft has released a nine minute gameplay walthrough to catch us up.

The first changes that will grab gamers attention is the sheer size of the game, Assassin’s Creed: Syndicate will have the largest open world in the series. Offering seven London Burroughs for players to explore which means they are going to need help seeing it all. That’s why Syndicate will allow players to explore the city with vehicles, carriages and trains to be exact. Allowing them to take control in order to quickly weave their way through the busy London streets. Those vehicles also work as place to hide and weapons to run over your enemies with making them a multipurpose tool unlike anything the series has seen before.

They will need those tools in order to conquer the London Burroughs that are controlled by gangs, that surprisingly players will be taking over. In a strange twist players will be building an army against the Templars by taking command of local gangs. Helping to speed up that conquest will be a new tool the rope launcher which will allow players to reach the top of the tallest buildings in an instant. Eliminating a huge amount of tedious climbing, the rope launcher also work as a zip line to quickly cross large distances. Those are only a few of the new tools Syndicate will allow players to toy with opening up a whole new world of possibilities.

Out of everything the nine minute walkthrough shows it all pales in comparison to the other major part of the Assasin’s Creed: Syndicate reveal which is that players will be taking on the role of two assassins. Twins Jacob Frye and Evie Frye to be exact, who were raised together in the Assassin Order now working together to wrestle control of London from the Templars. Players will take control of each character during the course of the campaign using their unique skills in combination with each other to complete missions. Its an unbelievable break from the usual Assassin’s Creed pattern that may just breath some much needed life back into the series.

A change to a modern setting may been all the series needed to make a believable jump forward in its gameplay, either way fans are sure to be excited. Syndicate is set to launch October 23rd on Xbox One, Playstation 4, and will be available some time this Fall for PC. In the meantime we can all enjoy the screenshots of Syndicate below: