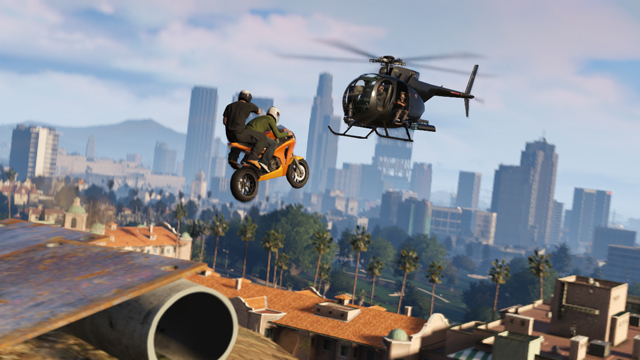 If you’ve been using mods on GTA V, your computer might be at risk of a virus. The mods “Angry Planes” and “No Clip” have been found to contain a keylogger called “Fade.exe”. The presence of the malware was confirmed on GTA5-Mods.com and was first discovered on GTAForums, which also contains instructions on how to remove the virus from affected machines. Even if you haven’t installed these two specific mods, however, you should be careful and check your computer for a file called “Fade.exe” just to be safe.

GTA5-Mods posted detailed information about the virus and how it happened. “The Angry Planes mod was downloaded and run by thousands of people on GTA5-Mods.com and various other community mod hosting sites and forums. It was even featured in Kotaku and PC Gamer! The mod did exactly what it advertised, however it also spawned a thread that installed malware on your machine behind the scenes. The threat was not picked up by running the .asi file through VirusTotal, which made it difficult to detect before running. This was an extremely sneaky attack, something I can’t say I’ve seen in 12 years of GTA modding.”

So what should you do if you installed these Trojan horse mods? Start by uninstalling them immediately, if you hadn’t already figured that one out by now. As mentioned above, check your computer for a file named “Fade.exe”, and remember, this was keylogging software, so you’ll also need to change all passwords you used since you had it installed. Yes, ALL of them. Can’t be too careful. Even though the GTA5-Mods post mentioned that their anti-virus software failed to detect it, according to the GTAForums thread, Malwarebytes, a free anti-virus program, will pick it up if you use it to scan your computer, so you may want to try that.

GTA5-Mods have said they’re going to be much more stringent in their mod approval process from now on. “We’re very sorry to the legitimate mod authors out there, the “bad guys” ruined a good thing! If you post compiled scripts in .asi, .dll, or .net.dll formats, the approval process will be much lengthier. We recommend avoiding these formats completely and publishing your mods as .lua or .cs source files, these kinds of scripts will be approved very quickly because the source can be verified. ”

They also say that the only kinds of mods that can install malware like this are tools and script mods, so those feeling a bit paranoid after this can put their fears at ease by simply avoiding these. GTA5-Mods aren’t the only ones who were tricked. Angry Planes in particular was incredibly popular and was showcased on many different sites, none of which detected the virus. Both of the offending mods have been taken down.

Microsoft offers an official response to the claims that there is a “kill switch” built into the Xbox One
Metal Gear Solid V: The Phantom Pain Chapter 1 Mission Names Revealed