Honourable Mentions | 9 British Comics That You Should Read 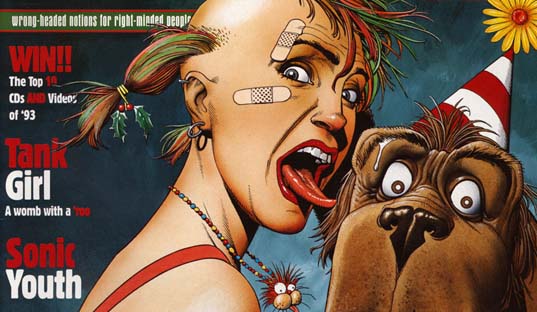 Honourable Mentions | 9 British Comics That You Should Read

I loved working on this series but this was truly a challenge. Unlike previous series where I’ve been able to just talk purely based off memory and opinion, this particular series required huge amounts of research, into different British comics and the history surrounding them. However one of the reasons I love this job so much is that it forces me to do this kind of research and allows me to learn more.

The unfortunate truth is were it not for the internet I likely never would have never been able to find out about a lot of these comic books, as it is a surprisingly niche market in the UK despite the massive cultural history surrounding them.

Comic strips have been here for centuries; you can even find them in collections of old Victorian magazines from across the internet. However when it comes to the modern era, it appears that American giants such as DC, Marvel, Dark Horse and Image are dominating the market here. While 2000 AD and other UK comics are certainly going strong, they don’t seem to be getting the same level of appreciation as the ever popular superhero comics.

As always there are other comics that I could have brought up but didn’t for various reasons. While I touched upon Zenith in my 2000 AD segment I didn’t go into a huge level of depth, in all honesty because I just don’t know a lot about it. 2000 AD probably could have populated this entire list on its own with the amount of classic series that it has run.

There were also quite a few comics created by British duos that I could have included but didn’t, I was worried I would be cheating a bit too much especially with The Killing Joke on my list which I will still argue can be labelled as much a British comic as an American one.

The first is Watchmen. Watchmen was created by a British writer and British artist, however the reason I chose not to cover it is because I have spoken about it quite a few times in lists already and if I’m going to talk about it anymore I want to be able to do a bigger piece on it. There were also other comics like From Hell which I would have saved for this series, had I known I was going to do it at time the time of writing my first recommendation series.

The second is Kickass, which is actually created by a British writer which I probably should have included but just couldn’t quite bring myself to for the same reasons I brought up earlier.

There is a deep ocean of comics not just from Britain but from around Europe too that very much deserve to be read. Which is no way setting myself up for a Bande dessinée article in the future. Now that would take a lot of work.