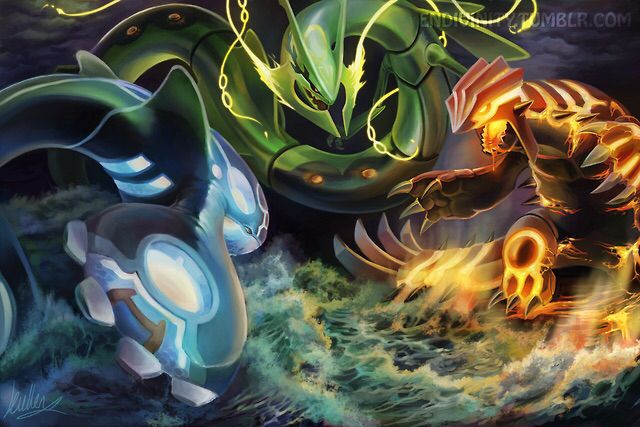 I’ve experimented with all different types of weather team and generally I quite like using the sun. However I thought I’d go back to sandstorm teams and see what I’m able to come up with, I wanted to create balance with a good amount of active and passive aggression. I wanted to be able to cause problems for the team with both damaging and non damaging attacks and though this team may have ended up more on the offence side, I think it’s pretty well balanced. Holding a smooth rock allows Hippowdon to summon a sandstorm for 8 turns as opposed to only five. Hippowdon serves as both a physical wall and an annoyer. Once an opponent enters and is hurt by Hippowdon’s stealth rocks they will soon find that it is actually very difficult to stay switched in on Hippowdon, as he damages with earthquake and annoys the opponent with yawn, which forces the opponent to switch out otherwise their Pokémon will fall asleep.

The Pokémon that they switch usually switches into an earthquake and the aforementioned stealth rocks. He does however face weakness from grass and water types. These are countered by Talonflame and Rotom-Wash. There are positives and negatives to using an assault vest on Rotom. The positive is that wearing it will actually boost your special defence to higher than a Rotom with max-EVs in the stat. This means that Rotom is able to enter into shots that it ordinarily wouldn’t be able to and deal out damage, it also means that you can focus more EVs into maxing out Rotom’s special attack.

The negatives are that Rotom can only use attacking moves, which this means it misses out on pain split and will-o-wisp, which would otherwise be used to recover and also counter Azumarill. However Rotom’s powerful electric attacks are able to handle Azumarill even so, and if the battle looks too dangerous he is able to use volt switch to trade places with another Pokémon, ideally Talonflame.

Talonflame provides protection from grass types, being able to take them out with priority Brave Bird and Aerial Ace thanks to its Gale Wings ability. With Flare Blitz for additional S-T-A-Boost, Talonflame packs a lot of punch and its ability lets it be very bulky.  Leftovers allows it to recover hit points lost from its recoil attacks and U-Turn helps Talonflame VoltTurn with Rotom (acting as constantly switching and moving hit and run duo). Rotom checks its weaknesses to electricity and water. Tyranitar is the second sand summoner, and acts as a physical sweeper and shuffler. Using Dragon Dance to boost its attack and speed, stone edge and ice punch to crush, and dragon tail to force opponents out and onto stealth rocks. While this team isn’t as dependent on entry hazards, Tyranitar makes full use of them to maximise its offence. Keldeo is this teams dedicated wall breaker. It uses secret sword the same way that Gardevoir uses psyshock, to damage special walls by attacking their defence stat with surf as its water attack to gain more coverage. Water and fighting makes for a great combination, especially when substitute and calm mind protect Keldeo while it boosts up its special attack and defence to sky high levels. Keldeo is in many ways a perfect wall breaker. Sand Rush doubles Excadrill’s speed in a sandstorm, with the sand constantly around this makes Excadrill an amazing revenge killer and one of the fastest in the game. He hits hard and fast and is also able to clean up late game. His weaknesses are again covered by Rotom-Wash who is immensely important to the team.

The purpose behind this team is to make use of the synergy and type coverage across the team to maximise offence, it’s by no means the best team, but with the stealth rocks and residual damage from the sandstorm, it ends up being very effective and very hard to fight against. It is a team that has proved to be quite hard to get comfortable with, thanks to Hippowdon making the early part of the game as difficult as possible.

Overall I think this is a good starting point when structuring weather teams. There are certainly going to be teams much better and I’m sure there are things that I could work on to improve them further however these are the two teams that I’ve created. I hope they’re of some inspiration to you and I hope that this series has made competitive battling a little bit less confusing.

It’s been a lot of fun writing about Pokémon for a change and I hope to see you all again next time!