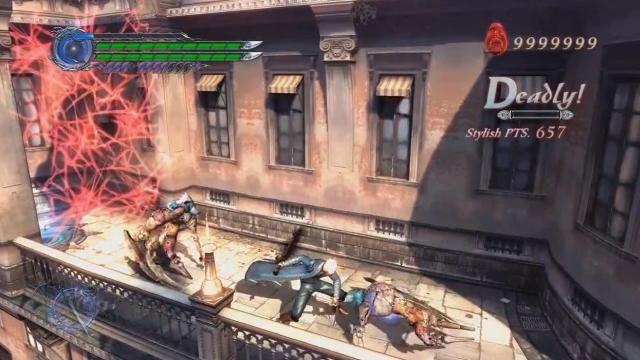 This worrying fact has been revealed by series producer Hideaki Itsuno in a new interview that’s been posted on the Capcom Japan official Website. Mr. Itsuno revealed that he doesn’t know if he will be able to make another numbered entry of the series so if players don’t want to wait another seven years for another game or let Devil May Cry 4 Special Edition become the last release of the series they need to support the new release and let Capcom know what they think of it. Apparently the game will be coming with a special survey that will be used to gather feedback on the game. If you’re a huge fan of the Devil May Cry series, you know what to do in around ten days.

Yesterday it’s been confirmed that Devil May Cry 4 Special Edition will come with a unique option that will allow players to switch between the new balance settings and the ones featured in the original Devil May Cry 4. In order to do so, a special command has to be used, which will also change the game’s logo. Some new screenshots have also been made available yesterday, showcasing Vergil, Lady and Trish as well as the powerful Super Nero and Super Dante.