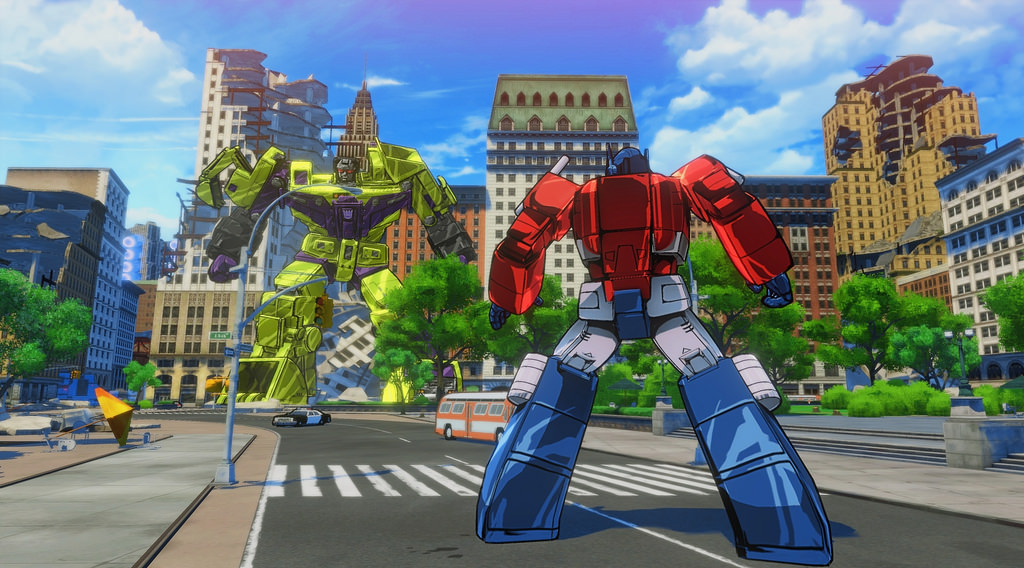 Remember that article about a mystery new title that Platinum (creators of Bayonetta) were going to reveal at E3? Well, there were a few rumours and something got leaked but now, it’s officially confirmed that Platinum will be bringing their own brand of chaotic action to the Transformers universe with Transformers: Devastation.

Published by Activision, the game (heavily inspired and featuring character designs from the original cartoon) will see players take control of the heroic Autobots as they engage their enemy, the Decepticons, in a war that spreads across both Cybertron and Earth. Specifically, you can play as Optimus Prime, Bumblebee, Sideswipe, Wheeljack and fan-favourite Grimlock, the Dinobot. Platinum aim to combine the two key aspects of the franchise; the robots and vehicles, in order to create a new and exciting way to play. In the trailer, we can see Optimus and Bumblebee pummeling foes in their robot form but also switching into vehicle form to rack up combos and deliver more damage. In previous Transformers games, the two modes were very much seperate – vehicle forms had weapons but were mostly used for travelling around areas at high speed or chase/race segments and the like. This seems to be the first time where the two forms of Transformers will be used cohesively. 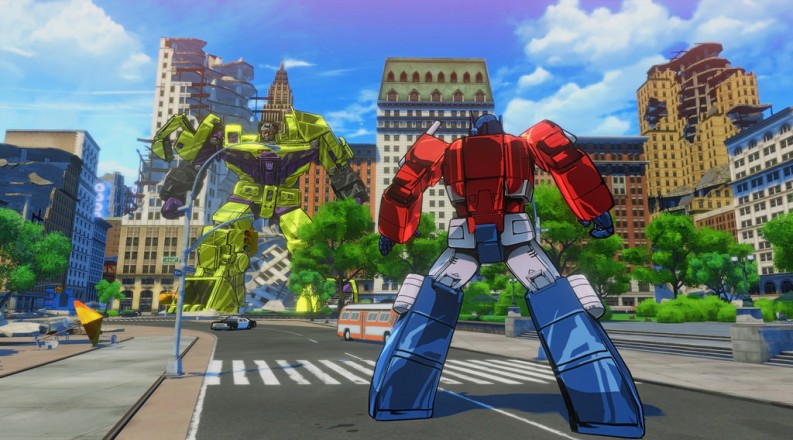 If the intense action wasn’t enough to get you hyped, die-hard fans  will be pleased to learn that many of the series voice actors will be reprising their roles. Peter Cullen will obviously return as Optimus (having played the role numerous times since the 80s), Frank Welker will voice Megatron (having voiced him in the original cartoon and the more recent Transformers Prime) and Dan Gilvezan will voice Bumblebee, returning to the role for the first time since 1987. There seems to be a lot of love for the original show.

For the doubtful who might be unsure, this isn’t the first time Platinum have worked on a licensed game with Activision. They were also responsible for The Legend of Korra videogame, based off of the popular Nickelodeon show of the same name, which managed to be popular with some fans despite its low budget (it was a download-only title – it’s on the PS3, PS4, Xbox 360, Xbox One and Steam if you’re interested).

Transformers: Devastation will be released this fall for the PS4 and PS3.