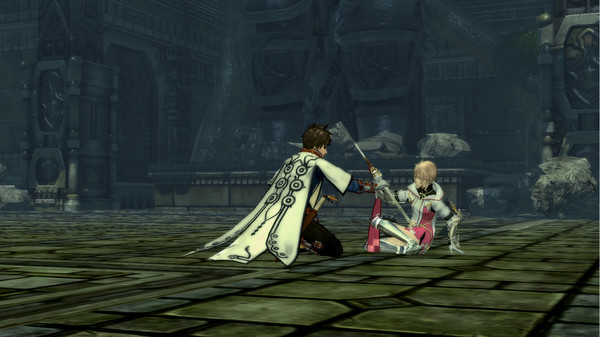 Tales Of Zestiria, the latest entry of the Tales Of series launching this October on PlayStation consoles and PC in North America and Europe, is one of the several titles that Bandai Namco has brought to the E3 2015. A playable demo of the role playing game is available at the Bandai Namco’s booth, showcasing many of the game’s more important features.

New gameplay footage from this Tales Of Zestiria E3 2015 demo has been shared online by RPGamer. The first video showcases the game’s Story Demo, which features combat, exploration and some story sequences while the second focuses entirely on the game’s battle system, a system inspired by a previous entry of the series, Tales of Graces F, where players will be able to fight enemies right where they are encountered. You can take a look at both videos right below.

Tales Of Zestiria has been released earlier this year in Japan only on PlayStation 3 but the Western release is also coming on PlayStation 4 and PC. Yesterday some comparison screenshots have emerged online, comparing the original PlayStation 3 with the PlayStation 4 version. Differences aren’t exactly huge but the game is definitely going to benefit from the more powerful hardware, with smoother models and more vibrant colors.

Last week the Tales Of Zestiria Steam page has gone live following the announcement of the new versions of the game. A few hours after, the game’s system requirements have also appeared on the page, revealing how the game won’t be all that demanding. Hardly susprising, considering it’s a PlayStation 3 game. Tales Of Zestiria will be released on PlayStation 3, PlayStation 4 and PC this October in North America and Europe. More news on the new versions of the game will surely be coming soon so stay tuned for all the latest news. Thanks, RPGamer