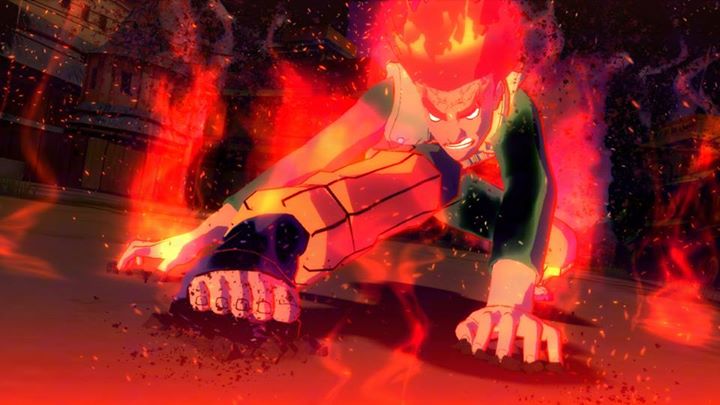 Naruto Shippuden: Ultimate Ninja Storm 4, the new entry of the series developed by CyberConnect 2 launching later this year in all regions on consoles and PC, has been one of the many titles shown during the now over E3 2015. The fact that the E3 has ended doesn’t mean we won’t be getting anything new on the game in the next few days, as Bandai Namco has already made available a new screenshots of the game earlier today.

The new screenshot, which can be found by going at the end of this post, showcases a playable character that has been confirmed last week by the latest issue of V-Jump magazine, Eight Gates Might Guy. The character will come with powerful awakening and ultimate jutsu that will allow him to fight head to head with the most powerful fighters of the Naruto Shippuden universe.

The latest issue of V-Jump magazine has also revealed the names of Rikudo Madara’s ultimate jutsu, which will be called Tengai Ryuusei, and of his jutsu, Bansho Ten’in.

Last week we have received plenty of new Naruto Shippuden: Ultimate Ninja Storm 4 material thanks to the already mentioned E3 2015. Two new off-screen gameplay videos have been made available online, showcasing several gameplay features and a brand new official trailer has also surfaced, featuring both story and gameplay sequences. The trailer also confirmed once again that the game will be released sometime this Autumn in North America and Europe. 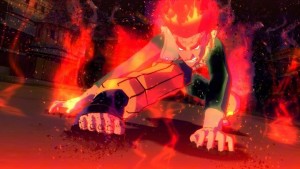