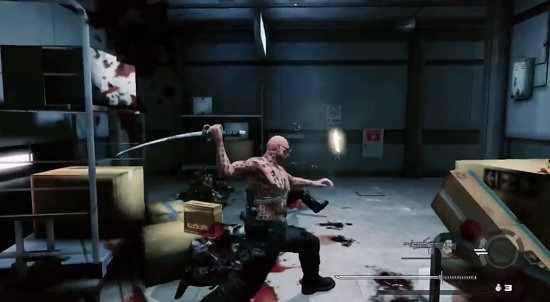 Devil’s Third has apparently had its North American release cancelled, at least as far as Nintendo is concerned. The upcoming hack-and-slash shooter is set for release in Japan and Europe in August, but Nintendo of America has reportedly decided not to publish the game in the US and Canada. Devil’s Third may still be published, but it won’t be by Nintendo.

The report of Devil’s Third being cancelled in North America comes from Unseen64, an online archive for cancelled video games. Liam Robertson reported that Nintendo of America dropped the Wii U exclusive due to quality concerns. Devil’s Third spent some time on the Nintendo eShop before being taken down without explanation, and didn’t appear at E3.

“Nintendo of America has no intention of publishing this game,” Robertson says. He reports that key members of Nintendo of America simply didn’t like the game and that President Reggie Fils-Aimé called the voice acting and the script “laughable.”

Fils-Aimé may not have been too far off, as early reports from those who’ve played the release build are anything but favourable. The reports all say the game suffers from an inconsistent framerate and sub-par graphics. Robertson says one source thought Devil’s Third looks like a game from two generations ago. That’s not all that surprising, considering Devil’s Third was originally being developed for Xbox 360 and PS3 by THQ. After THQ’s closure in 2013, the IP was returned to its original owner, Valhalla Game Studios. Nintendo picked up the publishing rights in exchange for the game being a Wii U exclusive.

“The game is just shocking in its incredibly poor production values, and above all is not even fun to play,” says one of Robertson’s sources. “It’s terrible both as a shooter and as an action game, and you can definitely tell the development has been… troubled at best.”

While Devil’s Third is still set to be published by Nintendo in Europe, Australia, and Japan, it’s unclear what its future will be in North America. While Valhalla is free to find another publisher, it may be a struggle given the game’s poor reception so far.