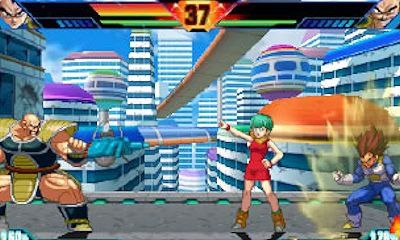 Dragon Ball Z: Extreme Butoden, the fighting game based on the series created by Akira Toriyama developed by Arc System Works for Nintendo 3DS, includes a variety of gameplay mechanics that can help players not only win matches but also perform some powerful combos. One of these gameplay mechanics are the Z-Assist characters, non playable characters that can be summoned during a match to perform a special attack.

If you’re wondering how these Z-Assist characters can be used to perform intricate combos, you definitely need to check out a new Dragon Ball Z: Extreme Butoden gameplay video which has surfaced online a few hours ago. This video, which can be found right below, showcases some skillful use of some Z-Assist characters, showing how it’s possible to extend combos with their use at the right time.

Speaking about Dragon Ball Z: Extreme Butoden Z-Assist characters, yesterday Bandai Namco has confirmed that a new assist character, Yakon, can be unlocked in the Japanese version of the game through a special promotion which will run until August 31st. We currently have no news on how this character will be unlocked for the Western version of Dragon Ball Z: Extreme Butoden but we will surely hear more about the matter soon.