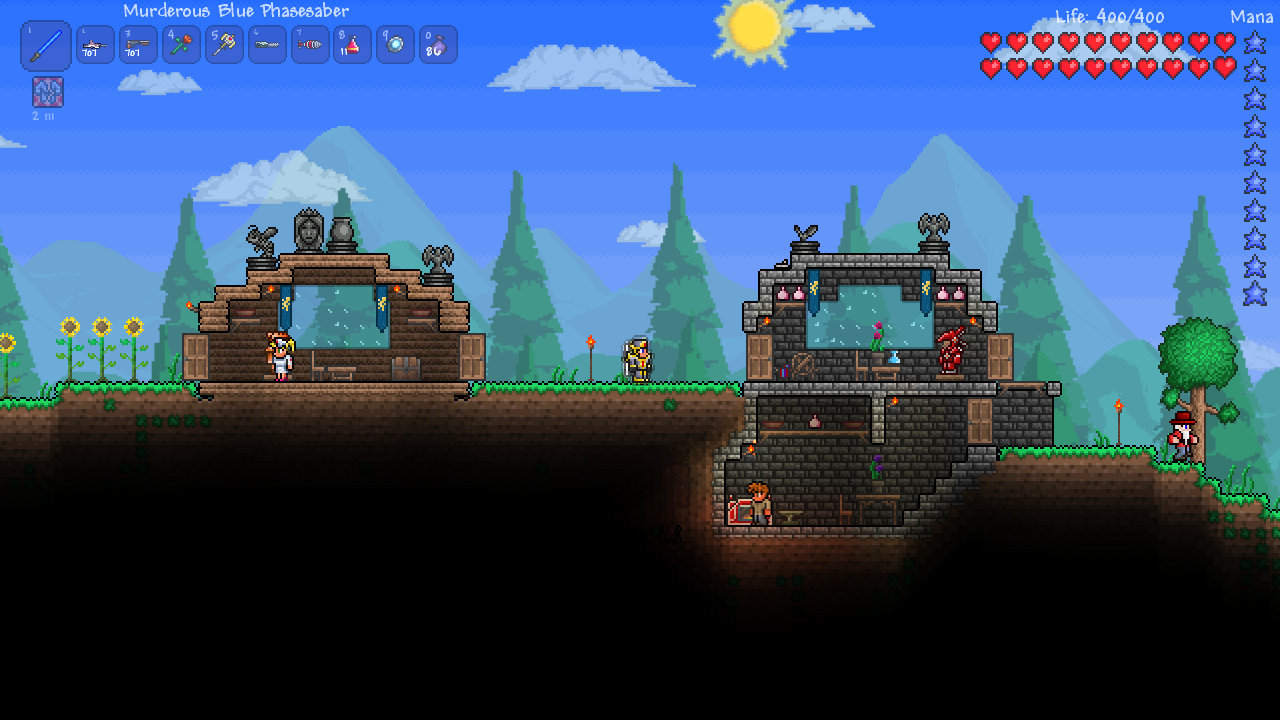 Terraria, the sandbox game developed by Re-Logic, is one of the more successful indie games released in recent years. The game has been launched on pretty much all current video games platforms but it had yet to be released on Nintendo Wii U and 3DS. Late last month publisher 505 Games confirmed that their popular game is going to be released early next year on both Nintendo consoles so those who have yet to play Terraria will be able to do so on Nintendo consoles soon.

Terraria 3DS was also among the games that have been shown during the Gamescom 2015. A new off-screen gameplay video of this particular version of the game has surfaced online in the past few hours and you can take a look at it right below. Quality is not the best but it’s good enough to see how the game will run on Nintendo’s portable console.

Terraria is an open-ended sandbox game featuring exploration, building and action. When starting Terraria, players will begin with three basic tools that can be used to gather resources. Once resources have been gathered, players can craft new items and equipment, More complex items require several crafting operations, making the game’s crafting system quite involving.

As stated above, Terraria also features plenty of action. During their travels, players will encounter quite a few different enemies such as slimes, zombies, demon eyes and several other enemy types. Players can also summon powerful boss monsters that drop rare items and a lot of money. Defeating bosses is also the only way to access some of the areas of the game.

Terraria is now available in all regions on PC, smartphones, PlayStation 3, PlayStation 4, PlayStation Vita, Xbox 360, Xbox One. The game will be released sometime next year on Wii U and 3DS. We will keep you updated on the new versions of the game as soon as more comes in on them so stay tuned for all the latest news.