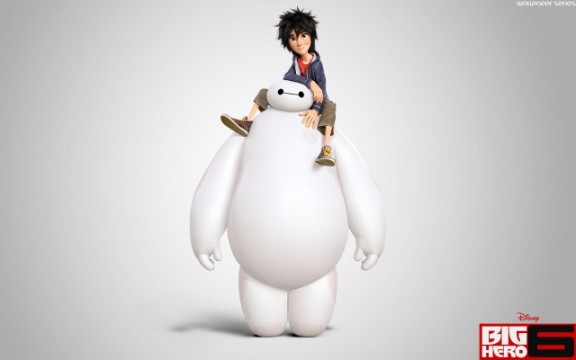 When we were all graced with that beauty of a Kingdom Hearts 3 trailer at E3 this year, we were still left hungry for more. Square Enix assured us that we would see more of the title at D23, a convention dedicated to all things Disney. And as of the time of this writing, we just got some new info: specifically a brand new world based on Big Hero 6.

Released towards the end of last year, Big Hero 6 was based off of a Marvel comic book and saw a teen prodigy called Hiro Hamada team up with a lovable robot named Baymax to thwart the evil plans of a mysterious supervillain. The film proved to be immensely popular, nabbing itself an Oscar for Best Animated Feature.

While all we have to go on is a single piece of concept art, it’s a very snazzy piece of art (designed by series director Tetsuya Nomura) depicting Sora riding on top of Baymax as they battle an enemy, suggesting that Baymax will be a party member. We also received some story details regarding the world – rather than adapt the plot of the film, Sora will arrive after the events of the film when Hiro and his friends have already formed their superhero team. 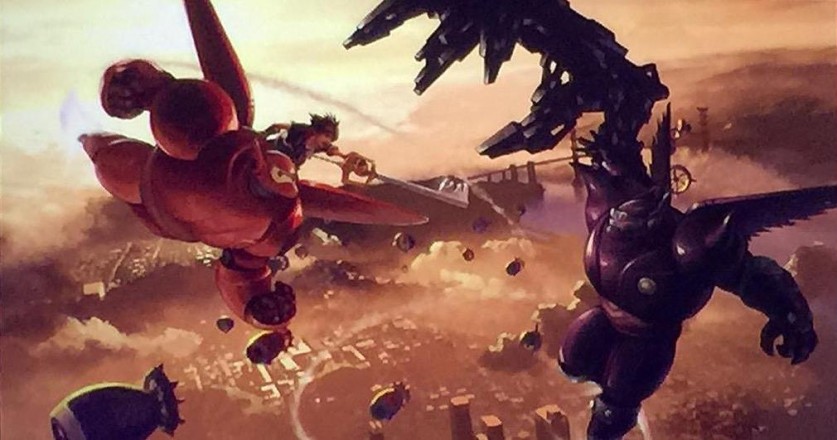 It was revealed that (SPOILERS FOR THE FILM) the Baymax that was left in the other dimension will become corrupted by the Heartless. With an original plot like this, could this mean that the other worlds will receive similar treatment? It would certainly open up a lot of story potential.

In other news, the previously confirmed Tangled world was given an official name: Kingdom of Corona. Sadly, still no news on a release date. Fingers crossed for more news at the Tokyo Game Show.