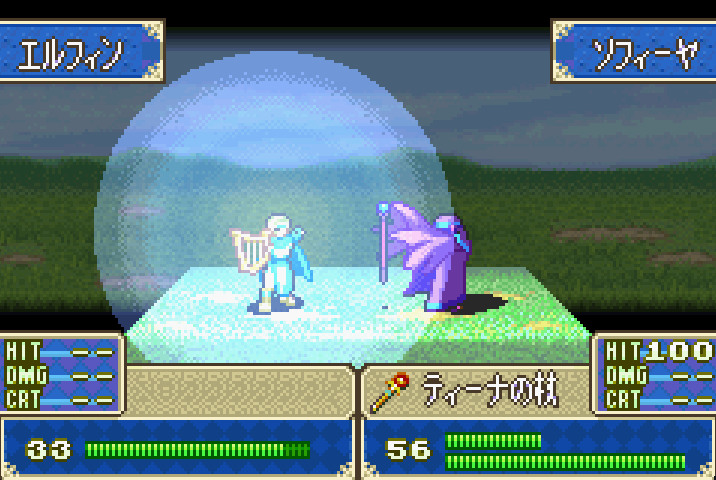 The Fire Emblem series has managed to become successful in the West only recently, with Nintendo deciding to localize the GameBoy Advance entries of the series following the popularity of Roy and Marth. Not all of these games have been translated in English, unfortunately, and one of the GBA games exclusive to Japan is going to be released on the Wii U eShop next week.

Earlier today Nintendo has confirmed that Fire Emblem: Fuin No Tsurugi, commonly known in the West as Fire Emblem: The Binding Blade, is going to be released on the Japanese Wii U eShop on September 2nd. The game will be available for purchase for the price of 902 yen.

As stated above, Fire Emblem: The Binding Blade has never been localized so chances are slim for a release on the North American and European Wii U eShops. Considering the series currently popularity, however, the Japanese company may end up doing what they did with the original Mother a few months ago and release the game in English for the first time on the Wii U eShop. We will keep you updated on the matter as soon as possible.

Fire Emblem: The Binding Blade plays not too differently from other classic entries of the Fire Emblem series. The game, set before the events of Fire Emblem: Rekka no Ken, takes place on the content of Elibe, a continent split into six different nations. Following the successful invasion of the kingdoms of Ilia and Sacae by the king of Bern, Roy is forced to return home and take control of the Lycia’s army in order to prevent King Zephiel to conquer the Kingdom. Being the direct prequel of Fire Emblem: Rekka no Ken, Fire Emblem: Binding Blade features a lot of characters from the game in their younger forms as well as others tied to Rekka no Ken’s characters

Fire Emblem: The Binding Blade will be released on the Japanese Wii U eShop next week, on September 2nd. There are currently no news on a possible Western release of the game, but we will let you know more about it as soon as more comes in.

Zach RileyJanuary 26, 2023
Read More
Scroll for more
Tap
Players Who Pre-Order Just Cause 3 Can Win a Real-Life Island
Call Of Duty Black Ops 3 Xbox One Beta Available For Everyone With A Simple Trick
wpDiscuz