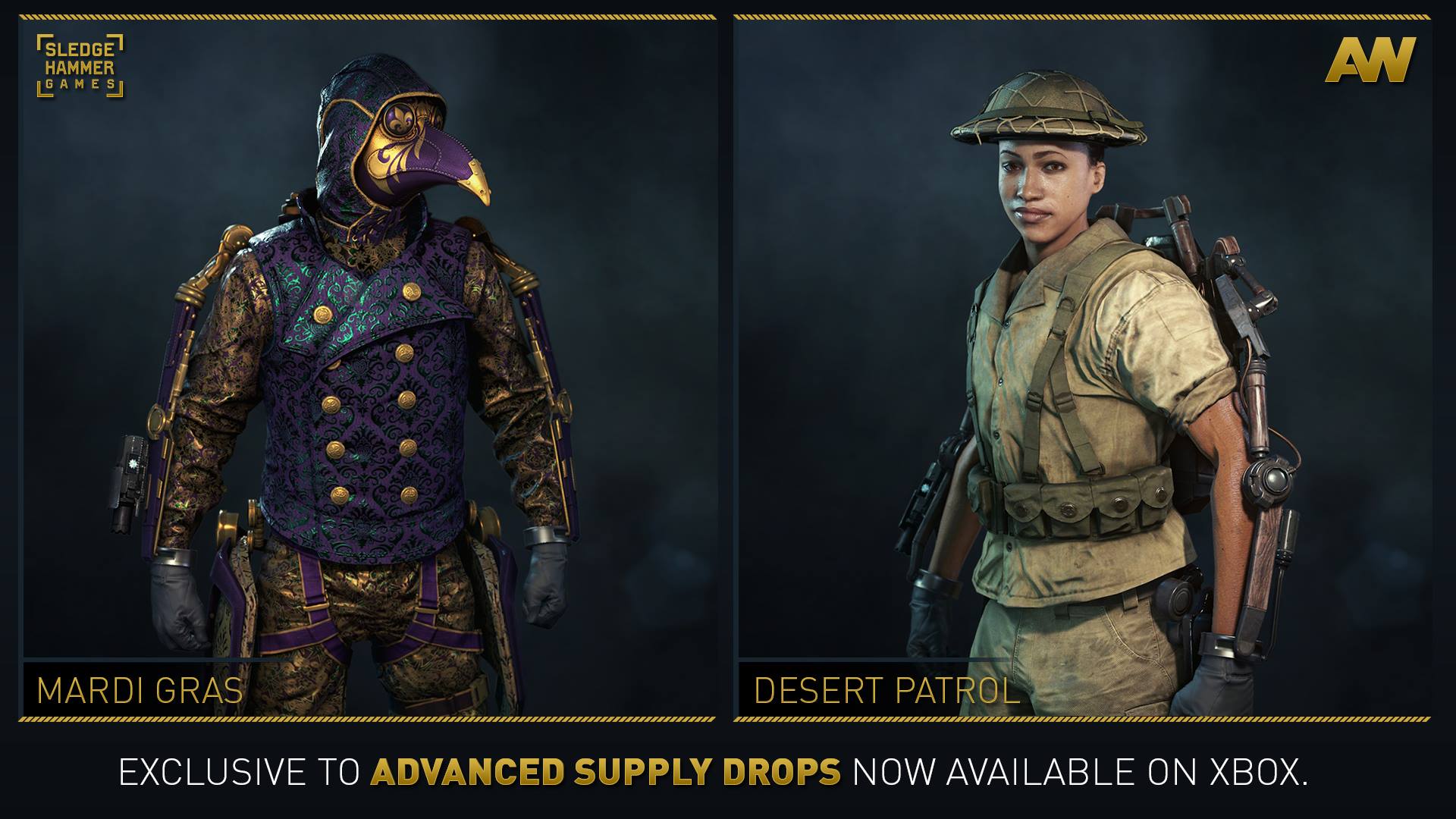 A new Call Of Duty game is going to be released soon on consoles and PC in all regions but this doesn’t mean that Call Of Duty Advanced Warfare, the previous entry of the series released last year on consoles and PC, will stop receiving new content. Following last week’s PlayStation Store and Steam release of the final DLC map pack for the game, Sledgehammer Games has released more brand new Call Of Duty Advanced Warfare on Xbox 360 and Xbox One.

The new Call Of Duty Advanced Warfare are some new Supply Drop Gear Sets which look unusual but nice. These sets can be obtained randomly by purchasing an Advanced Supply Drop and hope for the best. If you don’t feel lucky today but still want to see how these new gear sets look, you can check out some images right below.

As mentioned above, the final Call Of Duty Advanced Warfare DLC map pack has been released on the PlayStation Store and Steam last week. The Reckoning DLC map pack includes four new multiplayer maps set in different locations called Overload, Quarantine, Fracture and Swarm as well as the conclusion of the Exo Zombies saga. In this final episode, players will be fighting new fuse Exo Zombies inside a remote ocean Atlas facility with the help of the new Trident Reflected Energy weapon and finally witness how the saga ends.

Call Of Duty Advanced Warfare is now available in all regions on PlayStation 3, PlayStation 4, Xbox 360, Xbox One and PC. The new Supply Drop Gear Sets are currently only available on Xbox 360 and Xbox One and a release on other formats has yet to be determined. We will let you know when they will become available for the others versions of the game as soon as possible so stay tuned for all the latest news.

The Legend Of Zelda: The Wind Waker HD Now Available For A Reduced Price On Amazon
Naruto Shippuden Ultimate Ninja Storm 4 May Include The Sound Four – Rumor