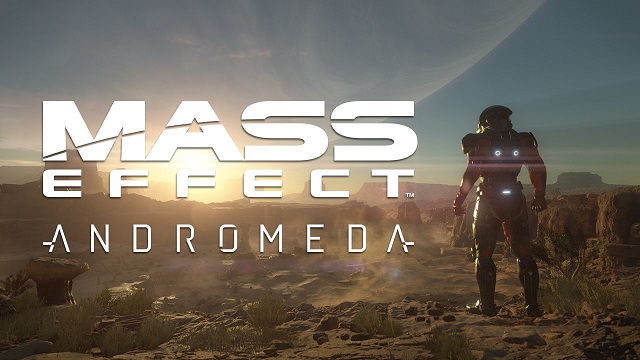 Bioware continues to keep Mass Effect Andromeda behind closed doors for the most part, with new info on the highly anticipated title expected to be lacking at least until N7 Day. However, that didn’t stop long-time fans of the series from pestering the devs in the hopes for getting some juicy new details. Senior Development Director Chris Wynn, in particular, was bombarded on Twitter with all sorts of questions concerning Mass Effect Andromeda last week. Needless to say, questions regarding undisclosed details about the game are very difficult to (decline to) answer in a tactful manner, but Wynn did it anyway. So let’s take a look at what the Bioware dev had to say about those questions, shall we?

First off, let’s talk about the long-rumored return of Commander Shepard. As you probably know, the commander’s fate has remained unknown after the end of the original trilogy. Bioware already confirmed that Shepard will not return for Mass Effect Andromeda, but what about further down the line? The chances are admittedly pretty slim, however, the company isn’t completely dismissing the idea apparently. When asked about the return of Shepard in a future installment, Chris Wynn simply replied with “that’s impossible to answer.” Not the most promising statement, but at least there’s a bit of hope for the future. Perhaps in some sort of prequel? We’ll see.

@SpatialHour ever? That's impossible to answer.

Shepard aside, Wynn elegantly dodged a few more interesting questions, this time specifically aimed at Mass Effect Andromeda. Apparently, even the Senior Development Director is “not sure yet” when we can expect to hear some details regarding the game’s plot. N7 Day (November 7th) would be a great time to announce something new so here’s hoping for the best. Wynn also avoided revealing anything about the game’s classes, however, he did say that “we will talk more about classes and things at a later time.” So, there we have it, nothing concrete but at least it seems like Bioware is preparing to give answers to some of these questions in the near future. Again, my money is on N7 Day.

@MakotoTsuguri we will talk more about classes and things at a later time.

Interestingly enough, Wynn previously stated that a first-person mode for the Mass Effect Andromeda multiplayer would be “pretty expensive and risky”, though he didn’t go into further details or explain why that would be the case. After all, some of the best multiplayer FPS titles out there are being played from a first-person perspective. Sounds rather strange if you ask me…

As for the highly anticipated Mass Effect Remasted Trilogy, Wynn had “no words” to share with the fans.

Mass Effect Andromeda is currently scheduled to release during Holiday 2016 on PC, PS4, and Xbox One. If you want to be kept up to date with any future announcements or news make sure you sign up for the newsletter on the official website. Stay tuned for more.