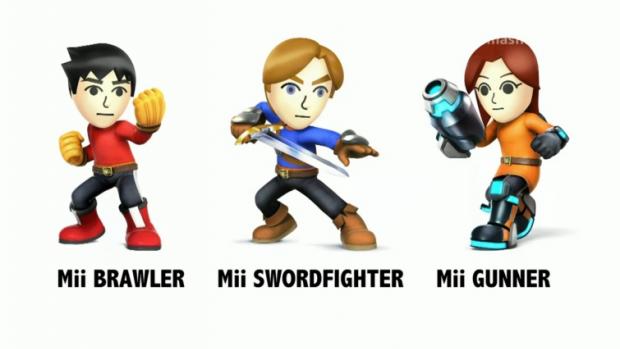 Among the amiibo figures launching next month in North America are the unique Mii amiibo figures representing the the three Mii Fighter types included in Super Smash Bros for Wii U and 3DS. The figures were originally going to be released during September but Nintendo eventually confirmed that they would become available in North America starting from November 1st as part of the Mii Amiibo 3 Pack.

Despite being still far from release, some lucky collectors have already been able to get their hands on the Mii Amiibo 3 Pack, which includes the already mentioned Mii Swordfighter, Mii Brawler and Mii Gunner figures. One of these collectors has shared a new unboxing video recently, showcasing the content of the Mii Amiibo 3 Pack. You can check out the video right below.

Earlier this week we have reported that the 30th Anniversary Classic Mario figure has become available for purchase on GameStop. The figure has been released last month alongside Super Mario Maker and it’s a must have for all long time fans of the series. This week it’s also been confirmed that a Bowser Jr. placeholder has been put up on the Toys’R’Us website, meaning that the figure will be available for purchase online again very soon.

This week some of the amiibo figures released in the past few months have become available again in North America. Among them are the Shulk, Lucario and Greninja figures which were originally released as GameStop and Toys’R’Us exclusives. With the figures being available by multiple retailers, it should be easier for collectors to purchase them without having to import the figures from Europe and Japan.