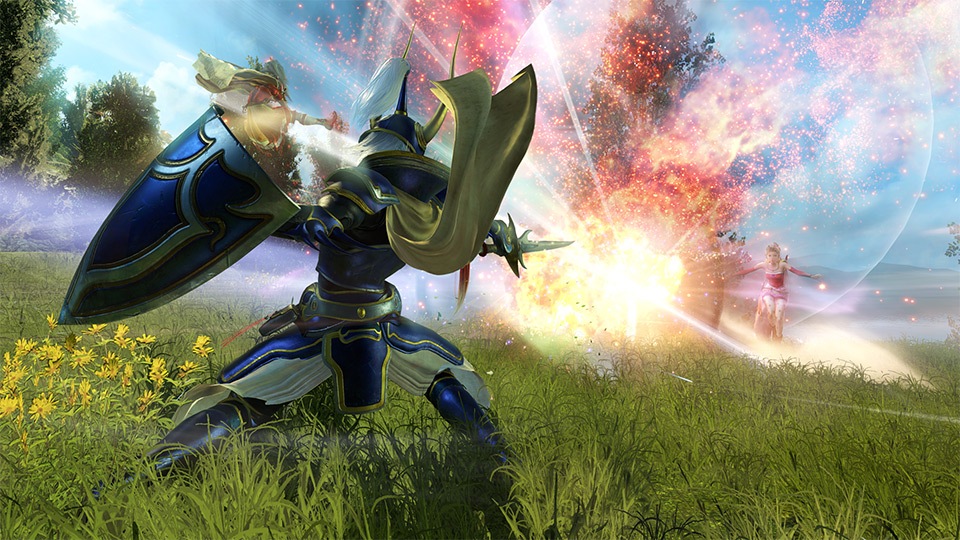 It’s been some time since we last heard of Dissidia Final Fantasy, the new entry of the Dissidia Final Fantasy series launching in Japanese arcades in the future. The upcoming game will come with plenty of new features that will make it feel different from the previous two entries released on PSP years ago. And finally it seems like we will be learning more on this anticipated game soon.

Japanese magazine Famitsu has confirmed on its official website that more details on Dissidia Final Fantasy will be coming in this week’s issue of the magazine, which will hit Japanese stands in two days. The Dissidia Final Fantasy coverage will include details on playable characters Firion, Cecil and Bartz  as well as an interview with game director Takeo Kujiraoka. It’s also been confirmed that the game will be released in Japan on November 26th.

Dissidia Final Fantasy is currently set for a Fall 2015 release in Japanese arcades. While a console version hasn’t been confirmed, chances are high for a PlayStation 4 version as the arcade version uses the console’s hardware. A home console release, however, will only come some time after the arcade version launches.