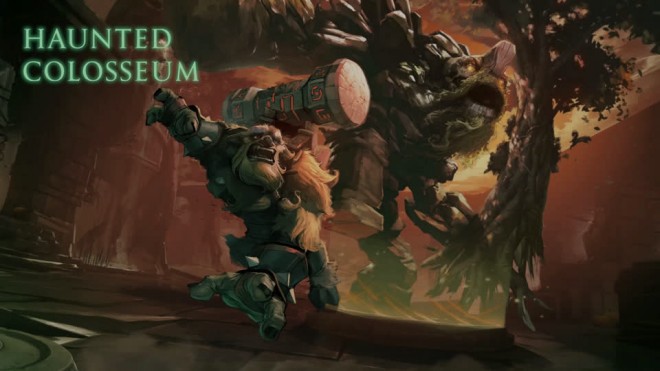 Pudge, Warlock, Bane and many other characters of DOTA 2 are stoked and hyped because their favorite time of the year is upon them. That magical night when they can reveal themselves to the world without being considered monsters when they can express themselves and enjoy their cookies, Halloween.

But Valve has not forgotten about us gamers and DOTA 2 lovers, they want to unite us with our favorite characters in a new custom game map. So to acknowledge this murderous holiday what could have been better than “a spooky, pumpkin-filled Custom Game.” Of course it could be exciting to dress up for Halloween and go trick-or-treating but wouldn’t it be better to stay at home in your cozy PJ’s and play DOTA’s Halloween custom game? After all our favorite characters will keep us safe from the monsters of Halloween(Kappa).

The custom game is called ‘Haunted Colosseum’ and there is a 5v5 battle for territorial supremacy. The game also is filled with features like Devilish traps, capture points and warrior behemoths and it is ultimately a battle filled with a evil and treacherous acts. To win the match you have to be the first team to score 500 points by stealing and misleading your opponents.