Envyus Shine over Navi 2-0 in the DreamHack Open: Cluj-Napoca Finals 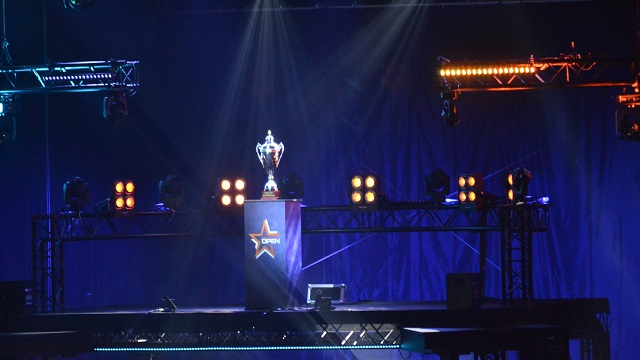 Envyus Shine over Navi 2-0 in the DreamHack Open: Cluj-Napoca Finals

Envyus seized the DreamHack Open: Cluj-Napoca championship with a 2-0 score line over Natus Vincere. The scores were 16-14 on Train (Na’vi’s pick) and 16-5 on Cobble (Envy’s pick).

Na’vi looked white hot in their win against Ninjas in Pajamas on Train in their match before the finals, but struggled to capture that same success early on in the match. They went down 5-0 before GuardiaN could pick up an awp. After going down 7-0, Na’vi grabbed their first round on a distraction play from Ivy that caused a rotation. They’d go on to win the next five rounds, three of which Envy didn’t have a full buy. Both teams went on to rip large chunks of rounds off in their team’s favor until Envyus reached match point at 15-12. Na’vi won on a crucial force buy in round 28 and picked up the following round thanks to a triple kill B by Flamie. In the final round, GuardiaN pushed two Envy members after they took control of A site and got a kill but was traded by map stand out kennyS.

On Cobble it looked like Envy was in control. They started off 7-0 again, kennyS started 7/0/0 on both maps, before Na’vi could grab hold of one of their elusive wins on the map. Round seven was punctuated by a clutch ace by NBK to get the win. Na’vi strung two rounds together before kennyS beat guardian in a 1v1 duel at A to win the round. GuardiaN bought an awp while his entire team bought pistols and GuardiaN won the round with a triple kill. Na’vi grabbed the next round as well to have strung four rounds to stand up against Envyus’ eight, but as caster Semmler noted, “All these rounds are clutch rounds. They’re skin of their teeth [wins].”

But Na’vi grabbed another round and a 4v3 in their favor before kennyS nabbed a quad kill that sealed the win on a 9th round for Envy. From there on, Envy picked up round after round until they cemented their place as the champions of DreamHack Open: Cluj-Napoca.