Clandestine is the latest title from the creators of Expeditions: Conquistador. The stealth-hacking game, currently in Early Access, is the company’s first title outside of the Expeditions series and goes in a fairly different direction to those games, though it does feature quite a strong tactical element. Logic Artists have gone for an asymmetrical game style, with players taking on the role of either spy or hacker (or both, in single player). It’s not a perfect system, but it brings a lot to the stealth-genre table.

First, the good. Clandestine has a lot of potential as a co-op game. One player takes on the role of spy, while the other player takes on the role of the hacker. The spy spies and the hacker enables the spying by opening doors, finding passwords, disabling cameras, and so on. The reliance on the hacker makes the experience thoroughly exhilarating, which is how a good stealth game should feel. Both players are also forced to pay attention at all times. If the hacker loses track of their spy, things will go pear-shaped fairly quickly.

But if you’re more interested in a single-player experience, as I was, Clandestine also has that. The single-player mode essentially just has one player take on both roles. Playing alone isn’t terrible, but it’s clear the game wasn’t designed with single-player in mind. Having to manage both the spy and the hacking makes things… clunky. Shifting into hacker mode pulls you out of the action of being the spy, and going back into spy mode will quickly make you lose track of what you were doing as the hacker – which, as mentioned before, is something you’ll really want to stay on top of. 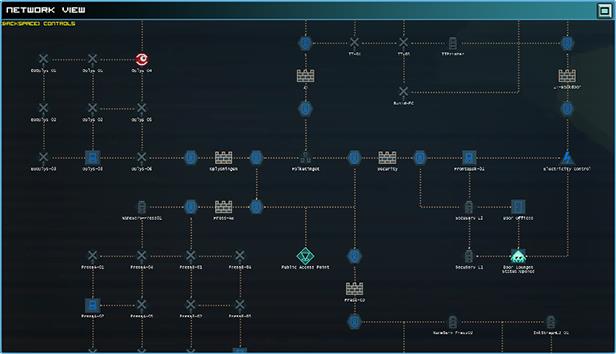 The main problem with single-player is that you can’t do two things at once, which makes things jarring at best and frustrating at worst. While hacking, your spy might get caught and killed before you even realise what’s happening, and while spying, your hacker might be kicked out of the network you spent so long breaking into. It’s not necessarily the fault of this game in particular. It’s more a problem with translating multi-player games into single-player experiences as a whole – one person can’t be in two places at once.

Of course, Clandestine is still fairly early in development so there are plenty of other issues. If you like to play with a controller, it’s a patchy experience. Controllers are supported, but all prompts and tutorials are for mouse and keyboard-users only, so you’ll have to guess which buttons do what. And there are some buttons that didn’t seem to have any controller options at all. Movement felt a little clunky and activating options such as closing doors was frustrating at times. But these are all issues that will, hopefully, be fixed in due time. As far as hacking goes, however, mouse use is so heavy that it’s unlikely a controller will ever be an option for this mode.

Clandestine is a promising game. Seen in the context of Early Access, there’s a lot of potential here for a seriously fun stealth experience. If some of these kinks can be ironed out, the single-player experience could be vastly improved. The multi-player experience is already a exhilarating exercise in stress management (in the best possible way). This is a game to keep an eye on.