Top 10 Video Game Franchises That Need To Be Rebooted 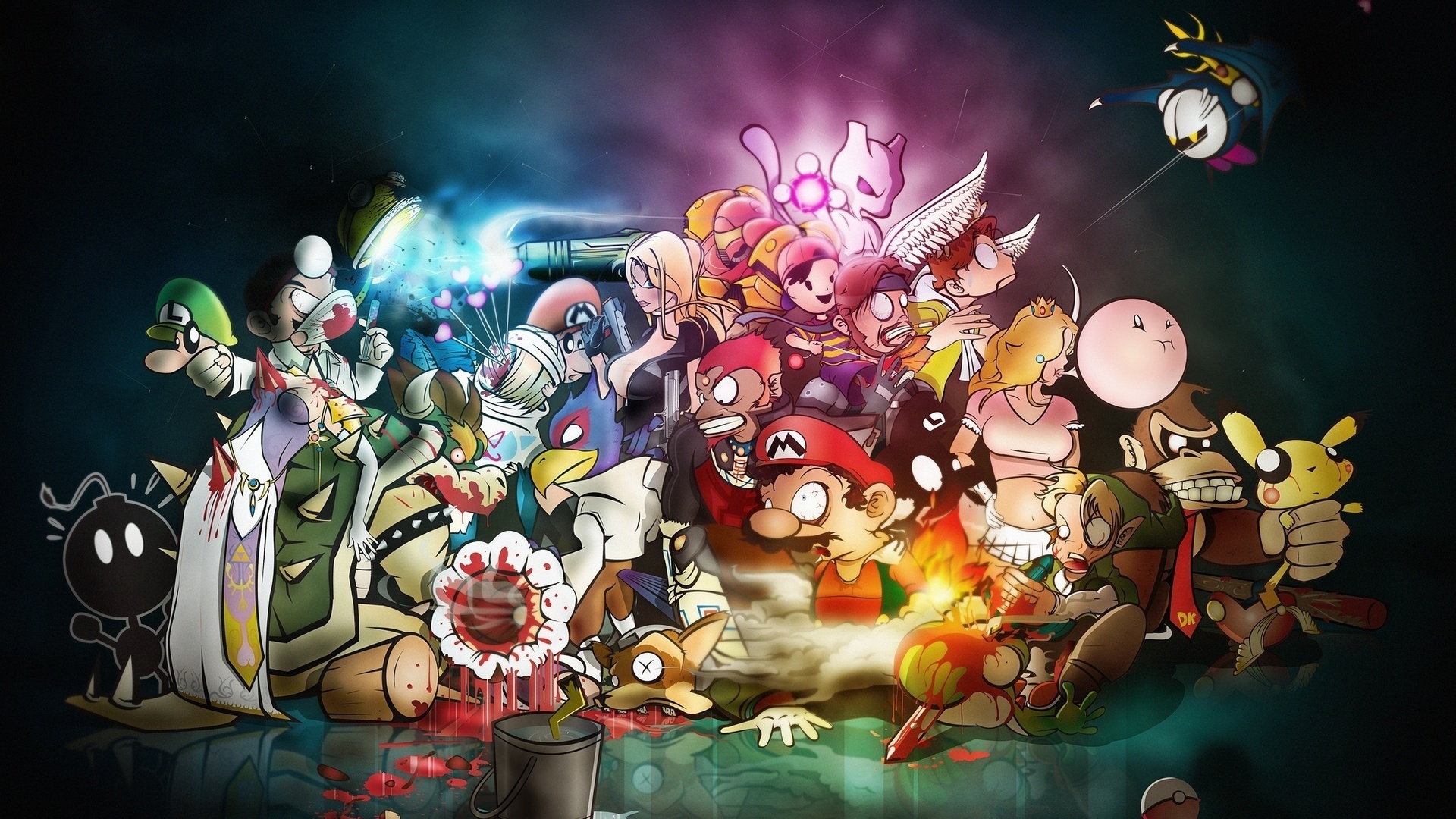 Top 10 Video Game Franchises That Need To Be Rebooted

Video game franchises come and go, and while some franchises go on to release Triple A titles like the Halo or Call of Duty franchise, not all video game series go on to be successful in the long run. Whether the first game was not something that peaked gamers’ interests or if the game spurred out too many unnecessary spin-offs, sequels, their developer is no longer in an active gaming company, a bad developer or lack of innovation on their developers part, or any of the other plethora of problems, they still have potential. These are the top 10 video game franchises that need to be rebooted.

Banjo-Kazooie was a platformer developed by Rare with its first installment released in 1998 for the Nintendo 64. The success of the first game spawned a sequel in 2000 and a follow-up was initially announced and then eventually canceled. With Rare being purchased by Microsoft in 2002 and the fate of Banjo-Kazooie in the hands of Microsoft, one could wonder how would the series go on? With Banjo-Kazooie: Nuts and Bolts released in 2008, fans of the series were left with mixed feelings and sour tastes in their mouths. This franchise has potential to be something more, but Microsoft needs to get a good developer on board and give this classic franchise the respect it deserves. 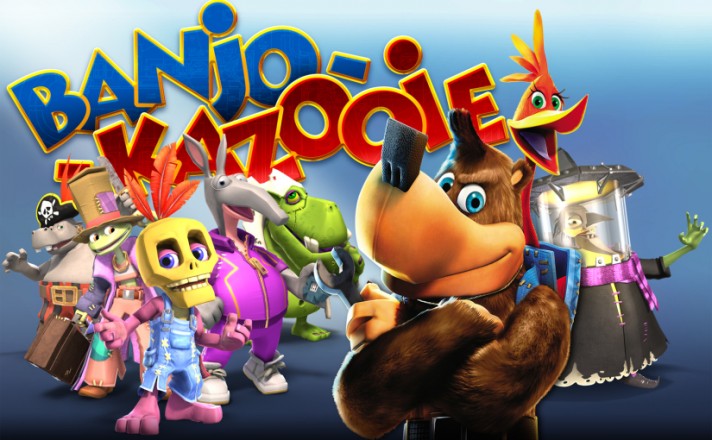 Similar to Banjo-Kazooie, although there were not that many games within Conker’s franchise. Many fans of the series can agree that Conker’s Bad Fur Day was the best game in the franchise. With Bad Fur Day taking the series into a more adult-targeted series, the game was still a cult classic and despite the great recognition Bad Fur Day received, it did not sell great, mostly due to the fact that it was released during the final moments in the Nintendo 64’s lifespan. This adorable red squirrel needs a comeback on Microsoft platforms, perhaps along with a reboot or follow-up sequel to Bad Fur Day too? 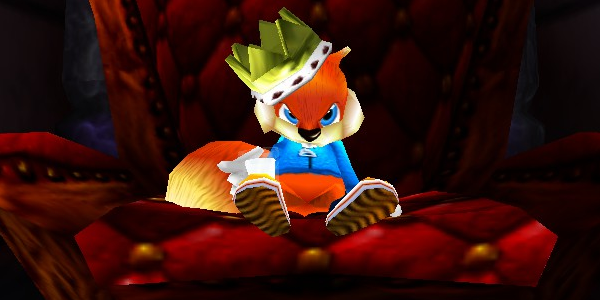 TimeSplitters is a first-person shooter gaming series created by developers Free Radical Design. While the games are referred to as similar in gameplay mechanics to Perfect Dark and GoldenEye 007, this FPS has not had a new installment since TimeSplitters: Future Perfect released in 2005, and with little to no hope of TimeSplitters 4 being released anytime soon. With the Call of Duty franchise being the most popular FPS on the market for multi-platform 8th generation consoles it would be nice to have some competition for COD, and this game is the perfect series to give Call of Duty a run for their money. 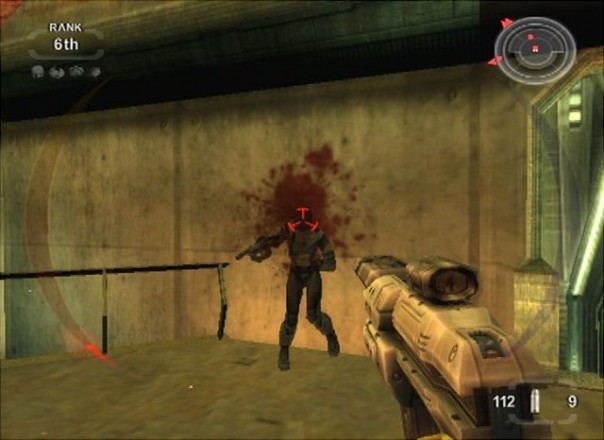 Do you ever wonder what would happen if you mashed an RPG like Final Fantasy with a Survival Horror game like Silent Hill? Parasite Eve is what you would probably be looking for. Parasite Eve was first released on the PlayStation in 1998 and was developed by Square Soft. The success of the first game spawned a sequel released on the PlayStation in 2000 in North America, as well as The 3rd Birthday on the PlayStation Portable in 2011 (Which is nothing like the first two in many different reasons with this particular installment being a Third-Person shooter.) The concept and ideas of the franchise were innovative for its time, but it would be nice to see this series being rebooted and bringing more RPG titles to PlayStation 4 owners wouldn’t ya say?

Dino Crisis is a survival horror game first released on the PlayStation in 1999; it’s like Jurassic Park and Resident Evil had a baby. Unlike Resident Evil, Dino Crisis was more oriented to action rather than survival. The first game was so successful it spawned to 2 sequels, and a light-gun spin-off with the third game being a disappointment.  There are not many dinosaur games out in the gaming world right now and with Jurassic Park hopping back into the movie business and sparking Dinosaur interests in the public, perhaps Capcom will consider bringing this series back.

Unlike most of the other series on this list Resident Evil is popping games out like guppies. With the first initial game being released in 1996 for the PlayStation, the series has had over a dozen games released. With Resident Evil 4 being a game changer, the disappointing performances by Resident Evil 5 and Resident Evil 6 were not appreciated by fans. These two games feel more like action adventure games (and RE6 felt like an Action Adventure Movie) than the survival horror games that RE is known for. Many fans loyal to the series are left skeptical wondering if Capcom should stop making RE games or just have another developer take control and reboot the series. Should this series be rebooted, we would need this reboot to revert back to classic survival horror that made the series popularize the survival horror genre, while also using the third-person camera. Just give the fans what they want, zombies! No more of these infected humans or mutated gene monsters just good old fashion zombies. 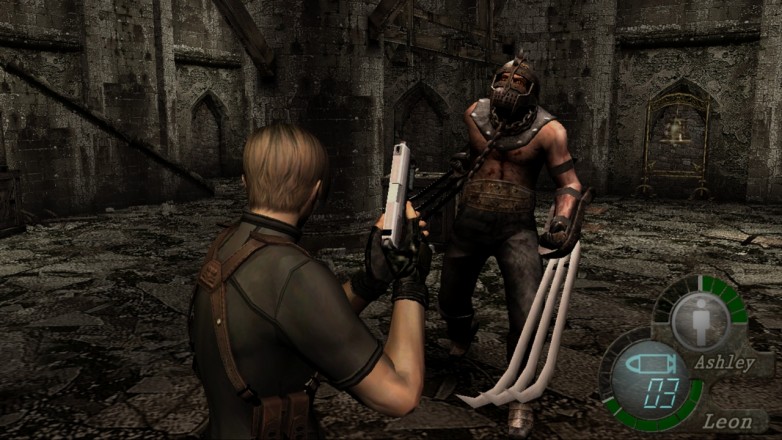 Anyone remember Sony’s first mascot? You know Crash? Crash Bandicoot? No? Well let’s talk about Crash. Crash Bandicoot was a platformer released for the PlayStation to compete with platformer franchises like Sonic the Hedgehog and Mario (but mostly Mario and the critically acclaimed Super Mario 64) developed by Naughty Dog at first. A bunch of other developers got their hands on it and practically ruined the series altogether after the first release. The first game in the series was dubbed one of the best selling PSOne games of all-time, and spawning into several different spin-offs such as racing and party games, the last platformer being released in 2008. Crash needs to make a comeback, with the Uncharted series being one of the few Sony platformers. We need more variety for PS4 fans especially since Uncharted will be ending in 2016. We need another platformer to come fill our hearts once Uncharted is gone.

Jet Set Radio is a franchise known for having its in-game characters on rollerblades; a mixture of action, sports, and platformer. Known for its colorful visuals, and soundtrack selection, the first Jet Set Radio game was released on the Sega Dreamcast in 2000 and was developed by SmileBit and Published by Sega. With no true sequels (not counting Jet Set Radio Future and not to mention even that game had a cliffhanger at the end) being released and the first installment seeing a re-release on two occasions with one re-released on the GameBoy Advanced in 2003 and then an HD remake of the game released on Xbox Live and PlayStation Network in 2012, this franchise was just kind of kicked around and forgotten by the important guys who actually make the games. With Sega already struggling as a game developer and practically overworking the Sonic the Hedgehog series, Sega really needs to make some moves to regain its title as a once powerful video game company, so come on, Sega bring back Jet Set Radio; reboot the series, and while you’re at it bring back some other popular franchises too.

Much like Resident Evil, Silent Hill is still popping games out the wazoo. First released on the PlayStation in 1999 as an exclusive, this Survival Horror franchise has seen released on Microsoft and Nintendo platforms as well. With the latest game in the series, Silent Hill: Book of Memories being released in 2012, this series has yet to see a title released on eighth gen consoles. It doesn’t already help with the fact that not only has the series been going into question and giving fans doubts after the release of Silent Hill 4: The Room  in 2004, or even the fact that the game that probably would have saved the series, Silent Hills, was cancelled by Konami (bad move you guys….B-A-D move). Since then, the series has been up in the air.

Jak and Daxter is a platformer first developed by Naughty Dog (the same wonderful group of guys that brought us titles like The Last of Us. The first game, The Precursor Legacy was released on the PlayStation 2 in 2001, the first installment going down in history as one of the defining franchises for the PS2. With the most recent release being the Jak and Daxter collection, an HD re-release of the first three games int he series released on the PlayStation 3 in 2013, Jak and Daxter has yet to make its debut on the PlayStation 4. With rumors about Naughty Dog allegedly considering a reboot, there might be a future for the franchise. Like I said before, Uncharted is ending very soon, so we need a new Sony exclusive platformer. Bring back the loveable Ottsel, Daxter, Naughty Dog DO IT.