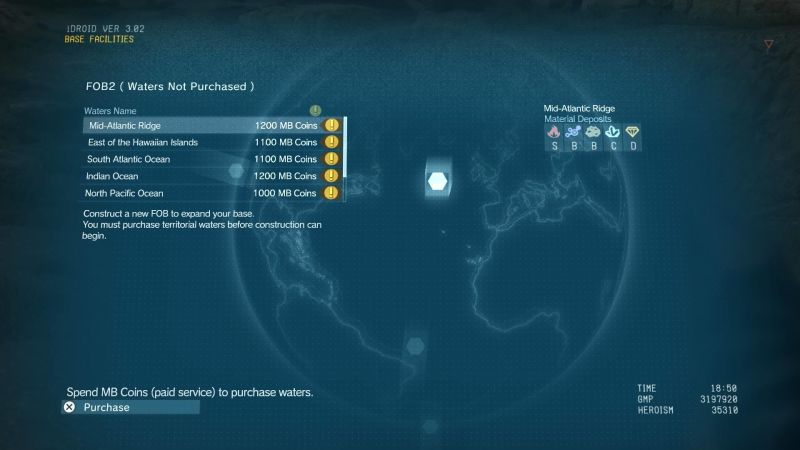 When the Metal Gear Solid V The Phantom Pain FOB features have been originally revealed, most players have been disappointed in knowing that these features have been a way for Konami to introduce microtransactions to the game in the form of Mother Base coins, or MB Coins for short, which can be used to purchase FOB Waters and build additional Forward Operating Bases. Purchasing MBCoins with real money isn’t the only way to obtain them and yet another FOB event giving them as reward has been launched today.

The new Metal Gear Solid V The Phantom Pain FOB event allows players to obtain various amounts of free MB coins depending on the Espionage Points obtained between today and December 8th. The maximum amount of obtainable free MB Coins is 200, which will be given to those who manage to earn more than 200000 Espionage Points before the end of the event.

Together with the new Metal Gear Solid V The Phantom Pain MB Coins event, another FOB Event has begun today. During the FOB Platform Expansion Time Reduction Event, players will be able to obtain 1.000.000 GMP, one S+ Base Development Staff member and five A++ Combat Unit Staff members by using the Reduce Expansion Time FOB option at least once.

On a related note, earlier today it’s been confirmed that Metal Gear Solid Online is going to get some new features with the new 1.02 update. Among the features getting added to Metal Gear Solid V The Phantom Pain onlime mode will be an additional function for the cardboard box, new background music and much more.

Metal Gear Solid V The Phantom Pain is now available in all regions on PlayStation 3, PlayStation 4, Xbox 360, Xbox One and PC. We will keep you updated on the game’s future content as soon as possible so stay tuned for all the latest news.