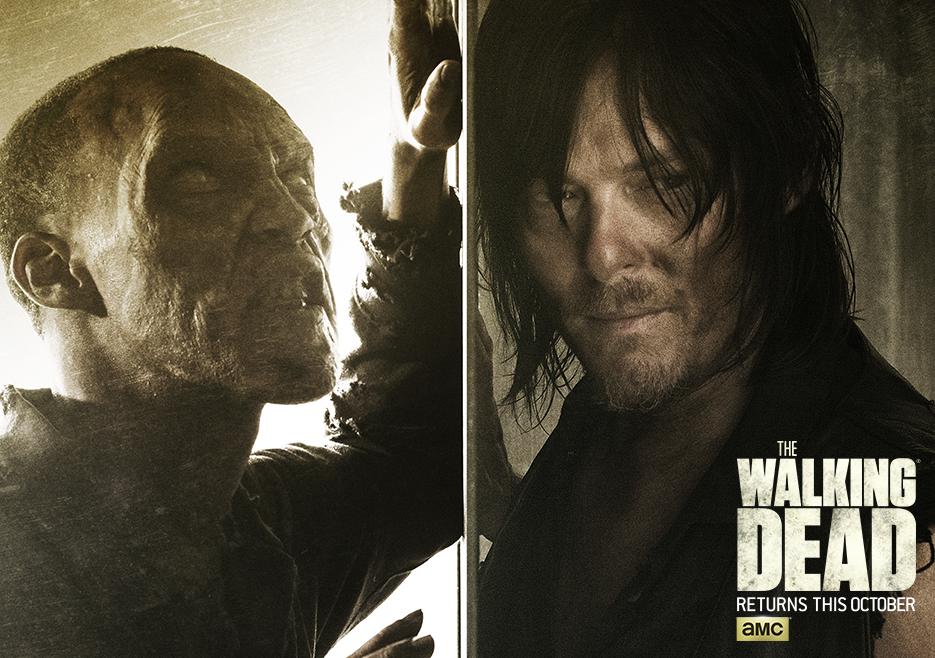 The first half of “The Walking Dead” Season 6 came to an end last night with the eighth episode entitled Start to Finish. During the after-show The Talking Dead, AMC aired a short prologue giving us a bit of a cliffhanger about what’s going to happen after this break. In this prologue, we hear for the first time the name of the villain we’ve been waiting so long to make his presence known, Negan. However, we do not have the chance to see Negan‘s face, but we meet his gang of Saviors and they surely sent us a bad vibe.

Jeffrey Dean Morgan has been cast to play the villain. He will be introduced in The Walking Dead season 6 finale and he will become a regular character in The Walking Dead season 7.  Despite of the fact that Negan means a lot of trouble, his appearance could also mean the death of a beloved character from the series. Many speculated that the character killed by Negan could be Daryl, Glenn, or Abraham. In the comics, Negan is introduced in the 100th issue of The Walking Dead, where he suprises Rick and the rest of the people in Alexandria and kills Glenn Rhee (Steve Yeun). Let’s hope though that is not going to happen. We already thought that Glenn is dead in the third episode, Thank you. In the seventh episode, Heads Up, we found out that Glenn escaped that herd of walkers and made it alive. And this would be really sad and cruel to see Glenn facing death again.

All we know is that Negan’s introduction will give the series a new dynamic. He and his group, The Saviors, are known for intimidating other communities into paying tribute to them. This way, they protect them from walkers. Negan’s favorite weapon is a baseball wrapped in barbed wire. This is the weapon with which he killed Glenn in the comics.

The next episode of The Walking Dead season 6 is set to air on Valentine’s day, Sunday 14 February. In the comics, Negan is still alive, and we believe he will become a long-term villain in this zombie series. What do you think though? Will Glenn be killed by Negan? Let us know what you think after watching this prologue with Daryl, Sasha, Abraham and The Saviors.