Final Fantasy XIV will be free for a few days this month, but there’s a catch 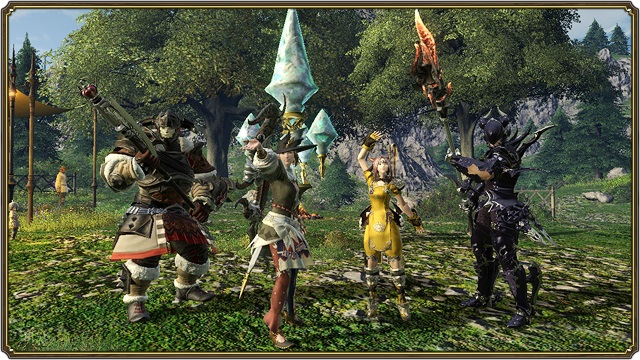 Final Fantasy XIV will be free for a few days this month, but there’s a catch

Final Fantasy may be one of the most well-regarded RPG series of all time, but if you’re a PC gamer you’ll have a pretty hard time playing most of the newer titles on your platform of choice. A while back, though, Square Enix did show some love to the PC by releasing Final Fantasy XIV: Online, a subscription-based MMORPG that has been met with some pretty mixed reviews by critics. If you are among those that ended up enjoying the game there’s some good news, as Square Enix is offering no less than 96 hours of access for free to those who log in between the 1st and the 31st of this month.

As it’s often the case with promotions like these, there’s a bit of a catch to the whole thing. The company is apparently trying to bring veterans back to Final Fantasy XIV rather than attract new players and as such, the 96 hours of free access are available only to those who already have an account. Not sure if this was necessarily the best move, but there you have it. If you played Final Fantasy XIV in the past, but decided to give it up for one reason or another, you now get the chance to jump back into the game for free, even if it is just for a limited time.

It’s worth mentioning that we’re not talking about 96 hours of actual game time, as the timer will kick off the moment you log in and end once 96 hours have passed, so you’d better make sure you have some free time on your hands if you plan on making good use of the promotion. Also worth pointing out is that Square Enix made no mention of the Heavensward expansion for Final Fantasy XIV, so we don’t know if the promotion includes all of the content or just the base game. For more information visit this link and download the client if you’re eligible for the free access.