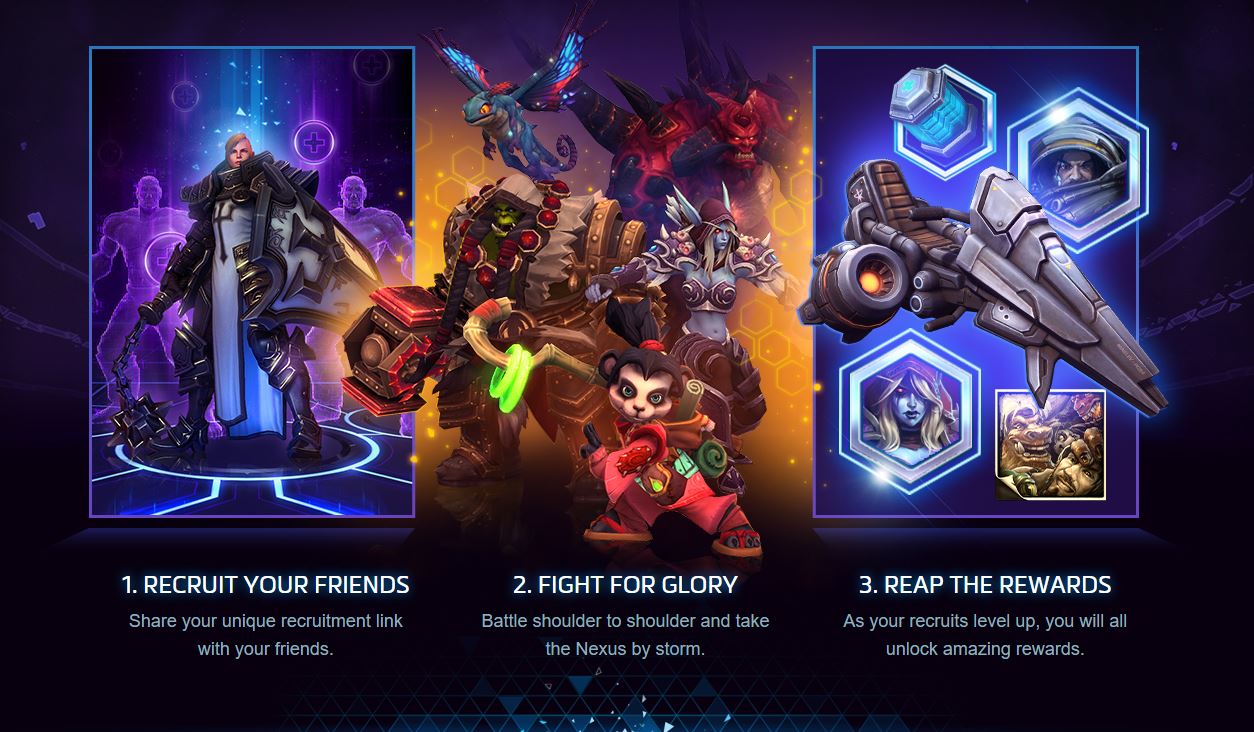 Heroes of the Storm is one of those games that gets so much better when you’re playing it with a few buddies, which is why Blizzard decided to introduce the ‘Recruit a Friend’ program to their MOBA. This program has been around for a few years in World of Warcraft and seems to work similar in Heroes of the Storm as well. You basically have to convince people to make an account using your referral link and try out the game and everyone gets to enjoy some nice rewards as you level up. I would say that ‘Recruit a Friend’ should actually work better here because this is a free-to-play MOBA and it’s therefore much easier to convince other people to try it out.

As for the rewards themselves, we’re only looking at a few of them, but maybe more will be added further down the line to sweeten the deal even more. If you’re a veteran Heroes of the Storm player you can expect to get the ‘Recruit a Friend’ portrait once you have a level 10 recruit and the Vulture Hover Bike Mount should you manage to persuade four other people to play the game until they reach level 10. That may prove to be quite a feat, but the mount is pretty awesome so it’s definitely worth a shot.

On the other hand, if you’re a recruit and just getting started, Blizzard is throwing in Jim Raynor and a 5-day Stimpack to make sure that you start your Heroes of the Storm career on the right foot. Then, if you enjoyed the game and managed to reach level 10 you’ll get an additional hero in the form of Sylvanas, along with a ‘Recruit a Friend’ portrait to match that of the friend who introduced you to the game. So, are you ready to take the Nexus by storm along with your buddies? For more information on the ‘Recruit a Friend’ program make sure to visit Blizzard’s official website right here.

Fallout 4 1.02 Patch Now Available On PlayStation 4
Mother 3 Launching On The Japanese Wii U eShop Next Week