Mother 3 Launching On The Japanese Wii U eShop Next Week 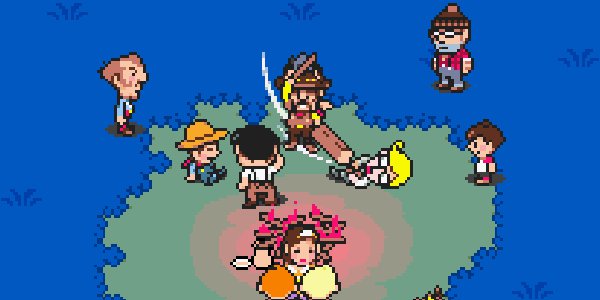 Mother 3 Launching On The Japanese Wii U eShop Next Week

Even though it has never been released officially outside Japan, the role playing game Mother 3 is well known in North America and Europe thanks to its unique story and gameplay features which make it stand out from the many other role playing game released in the past years on consoles. Starting from next week, Japanese players will be able to enjoy this classic again on modern hardware.

Earlier today it’s been confirmed that Mother 3 will be released on the Japanese Wii U eShop later next week, on December 16th. The game will be available for the price of of 702 yen.

Mother 3 is the third entry of the series and it’s been written, like the two previous entries of the series, by Shigesato Itoi. The game stars Lucas, who Western players have become acquinated with thanks to Super Smash Bros Brawl and Super Smash Bros for Wii U and 3DS, as he tries to stop an invading army from conquering and destroying the world. The game doesn’t play all that differently from Earthbound, with players having to explore a big world and fight different enemies in a turn based battle system. The game’s combat system also comes with some unique features such as the musical combo system, which allows players to continue attacking enemies by pressing the confirm button in time with the music and more.

Mother 3 is now available in Japan on GameBoy Advance and it will soon be released on the Japanese Wii U eShop next week. As the game has never been released outside Japan, chances are slim for a North American and European release. Nintendo, however, might surprise fans of the Earthbound series like they did a few months ago when they released the original Mother, which has never been released outside Japan, as Earthbound Beginnings in the West. We will keep you updated on the matter as soon as more comes in on it so stay tuned for all the latest news.

Heroes of the Storm now has a ‘Recruit a Friend’ program
Minecraft Wii U Edition Will Only Use The Gamepad As A Second Screen, Developer Confirms