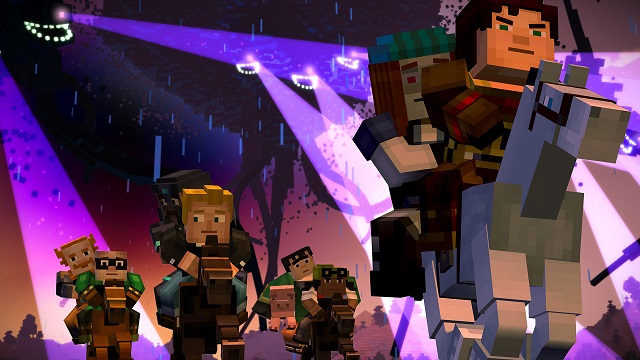 If you’re eagerly awaiting for the next episode of Telltale’s Minecraft Story Mode you’re in luck because it’s apparently just around the corner. The Saga of the Wither Storm is coming to an end on December 22 with the fourth and final episode for 2015 entitled “A Block and a Hard Place”. Episode 4 continues the adventures of Jesse, Ruben, and all the others with a new quests that takes them all the way to the Farlands. This new adventure will mark the end of chapter one for Minecraft Story Mode, but don’t worry because Telltale is planning even more episodes, with the next one already announced for early 2016.

All those interested in acquiring the game should keep an eye out this December 22nd on the Telltale Online Store, Steam, and other digital distribution platforms. Minecraft Story Mode isn’t only for the PC, though, so make sure to check out the Playstation Network, Xbox Games Store, Google Play, or the iOS App Store if you’d prefer to play it on those platforms.

In other Minecraft related news, the highly popular game is now finally available on the Wii U as well. Xbox boss Phil Spencer said he was pleased by how the collaboration with Nintendo went and even admitted that he “would be happy” to see some Nintendo games on the Xbox One some day.