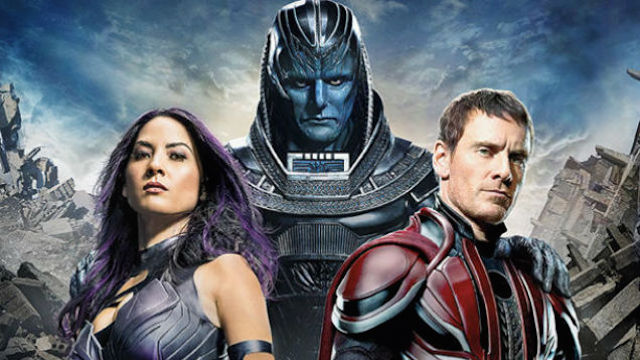 I don’t know about you guys, but I’ve been waiting for the trailer for X-Men Apocalypse for a long, long time. Luckily, the wait is finally over because 20th Century Fox just released said trailer and it’s pretty amazing. I know a lot of people are hyped up about Captain America: Civil War, Batman vs Superman, and of course, Star Wars: The Force Awakens, but I hope you haven’t forgot about X-Men Apocalypse either. Based on the trailer alone, the movie looks pretty badass amazing, so make sure you check it out above if you haven’t already. In other news, the synopsis for the movie was also released not that long ago and you can read it down below.

Since the dawn of civilization, he was worshiped as a god. Apocalypse, the first and most powerful mutant from Marvel’s X-Men universe, amassed the powers of many other mutants, becoming immortal and invincible. Upon awakening after thousands of years, he is disillusioned with the world as he finds it and recruits a team of powerful mutants, including a disheartened Magneto (Michael Fassbender), to cleanse mankind and create a new world order, over which he will reign. As the fate of the Earth hangs in the balance, Raven (Jennifer Lawrence) with the help of Professor X (James McAvoy) must lead a team of young X-Men to stop their greatest nemesis and save mankind from complete destruction.

X-Men Apocalypse is scheduled to make its debut in theaters across the US and elsewhere on May 27, 2016.