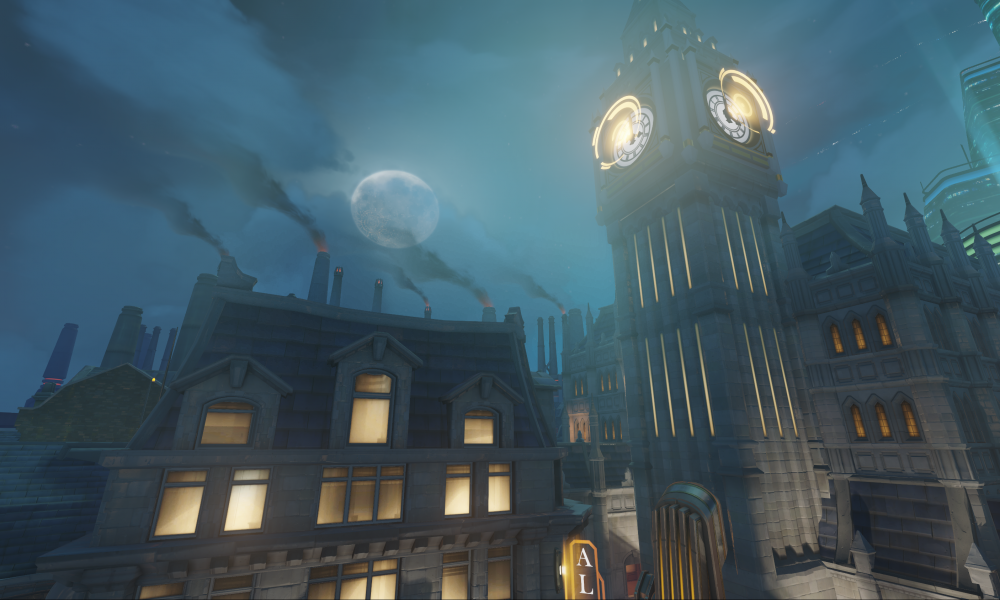 The Overwatch map, King’s Row, is one of the first maps ever made for the game. It’s known for being dreary and sad, so it’s pretty much just an accurate depiction of London. The tone of the map matches the tone of the attacking objective almost perfectly. Time for some Overwatch Lore 101. In Overwatch there are sentient robots called Omnics. An example of Omnics would be Bastion and Zenyatta. In King’s Row you’ll notice that the payload you’re pushing is a device that will release an expanding blue bubble if you push it to the final point. This device, is in fact, an EMP. The purpose of this EMP is to kill every Omnic in the surrounding area. In the dreariest map you get to commit mass murder. It’s quite appropriate tonally.

If you go into the PTR servers of Overwatch you’ll notice something strange: the map is brighter. It also looks a bit prettier. That’s because the map has received some graphical improvements. Due to the early creation of the map it was a bit behind the rest visually, so the devs amped it up a bit.

This change seems to have been met with dislike by many fans of Overwatch. The common complaint seems to be that the map is too warm now. The lighting improvements, while lovely to look at, seem to change the feel of the map. The dreary London community becomes more inviting. A lot of fans are looking at this improvement and seeing it as a downgrade. Even though the map does look better in general, it has lost it’s original feel.

Dave Adams, the Principal Level Designer, has noted what the fans have been saying posted this on the Overwatch forums, “Some aspects of the art and lighting were updated to bring it in line with the newer maps and make it easier to make updates and changes in the future. That being said I sent your feedback over to our artists and they are taking a look. Thanks.” This means it is quite possible that people interested in seeing the old map again may get what they want. All we can do now is wait.