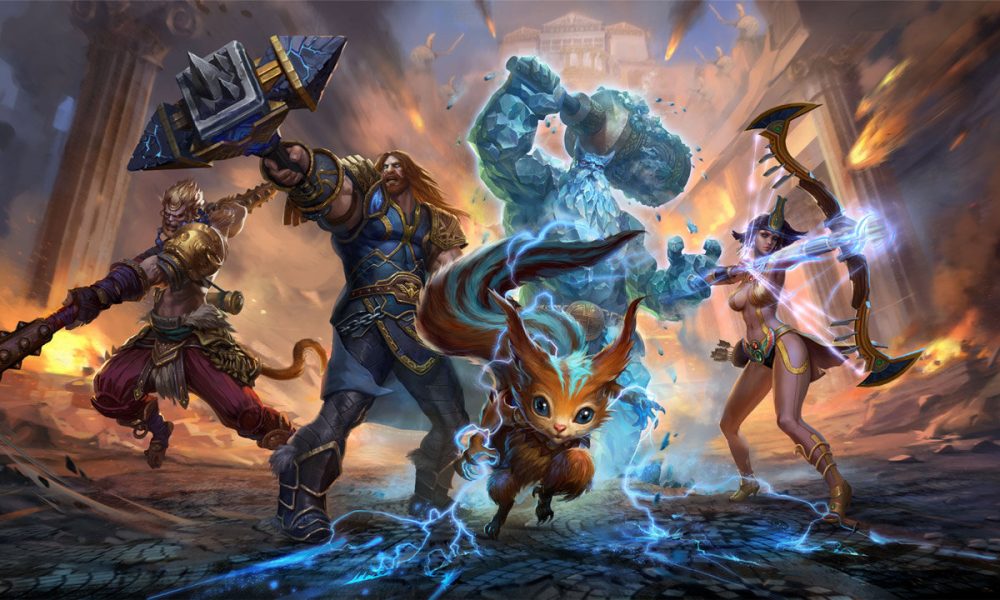 SMITE might not be the most popular MOBA, but it has the best references. Everything Hi-Rez Studios makes for the game references another game, a movie, a television show, or itself, and the latest update might just be the most referency yet. Yes, I know that is not a word.

Unlike normal SMITE matches, Apollo’s Racer Rumble pits eight players in a race to the finish line. As one would expect from a game mode that apes Mario Kart, the maps will be littered with power ups, hazards, boost pads, and sharp turns. Gods don’t have their normal abilities in Apollo’s Racer Rumble but instead gain one-use abilities from power ups, ranging from Ymir’s ice wall to Kuzenbo’s kappa shell.

As with other SMITE adventures, Apollo’s Racer Rumble will come with a new (buyable) bundle. This bundle includes a special new skin for Apollo, a unique loading pedestal that upgrades the more you play/win Apollo’s Racer Rumble, and a golden key that can unlock one limited edition character skin of your choosing. As of writing this article, the limited edition skins include the Jack Sparrow-themed Swashbuckler Susano skin, the not-Gandalf Guan Unicorn skin, and the Princess Lei…er I mean the Intergalactic Chang’e skin (sorry no trailer just yet).

Apollo’s Racer Rumble is part of Patch 4.6 for SMITE. If enough players enjoy the mode, it has a chance of becoming a permanent game mode. Possibly. Maybe. A guy can dream, can’t he?