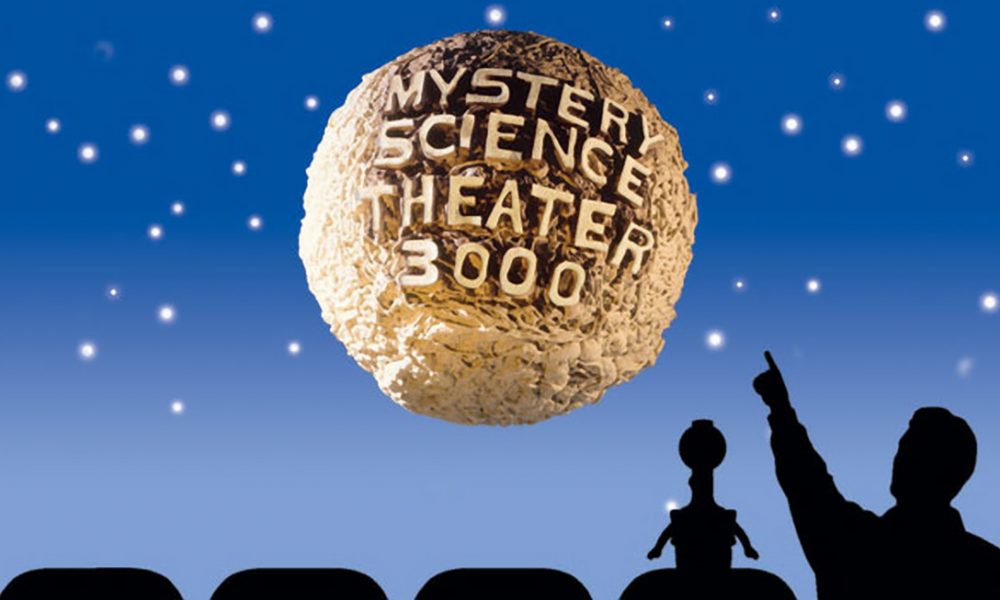 Mystery Science Theater 3000 is a unique show with a rather unique history. The series revolved around a janitor being forced to watch B movies in order to help two mad scientists take over the word. In an attempt to stay sane, the janitor creates several robots to watch the movies with him. Together, they make humorous comments on the movies as they play in their entirety. The show wasn’t very successful upon its original run on television but picked up a cult following through the Internet, frequent re-runs, and home media. The show ran for several seasons as multiple networks picked up the show until its final cancellation in 1999. Thanks to crowd funding, the show has been reborn on Netflix almost 18 years later.

The new show, named Mystery Science Theater 3000: The Return, features Felecia Day and Patton Oswalt as the two evil scientists and Jonah Ray as the show’s host. Felicia Day and Patton Oswalt fit as the evil yet incompetent scientists and the energy they bring is enjoyable to watch. The show’s effects, robotic characters, and set all stay shockingly true to the original show. I found myself frequently forgetting that I wasn’t watching the original show. The show reeks of late 80’s nostalgia and feels like a very natural continuation of the series. Of course, the bulk of the show is the commentary over the movies. The dialogue is pretty funny and when combined with the general humor that comes from watching a B movie the experience is certainly enjoyable. Newer generations viewing the show will enjoy references to much more relevant events like Breaking Bad and Mad Men. The humor is one of the few things that have been updated for the show and as someone who was born in the early 90’s, I enjoy seeing the show and truly understanding all of the references.

All in all, the show is a lot of fun. It isn’t the kind of show someone can easily binge watch because of its rather long run time, but this is hardly a bad thing. It is definitely something I plan to continue watching and I highly recommend the show to anyone who loved the original, or who has heard of the original but has never had a chance to watch it. The show has seemed to do exactly what a reboot should: welcome back the old fans and entertain new ones.