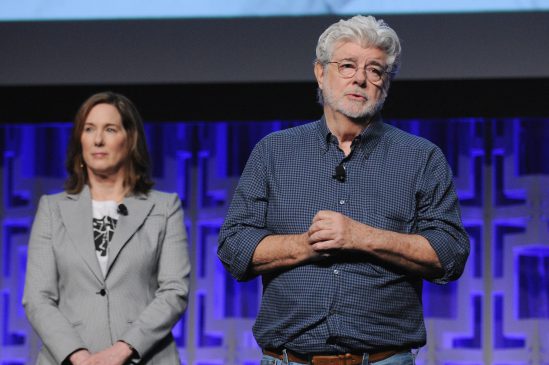 Ever since George Lucas sold Lucasfilm to Disney back in 2012, they have made many changes with their properties. Star Wars is the perfect example of this bold new path Lucasfilm is taking. Kathleen Kennedy, the current head of Lucasfilm, has been working with talented writers and content creators such as JJ Abrams, Rian Johnson, and so many more to bring the fans a new vision on a galaxy far, far away.

To better understand where Star Wars is going, its origins must be brought back into the spotlight. As told in documentaries like Empire of Dreams and The Legacy Revealed, Star Wars came out in a unique time. The Vietnam War had just ended and there was a large amount of anti-establishment sentiment and dark tones in the films of the 1970s. However, Star Wars ushered in a new era for the film industry, hearkening back to the light-hearted adventure stories of the 1930s featuring characters like Flash Gordon and actors like Errol Flynn.

As a result, Star Wars ended up being a simple story of a farm boy swept up in a grand adventure to defeat an evil Empire. The good guys, the bad guys, and all of their motivations were very black and white and straightforward so audiences could focus on having fun with the movie rather than reaching for a deep, underlying message. These messages definitely existed in the original trilogy, but viewers didn’t have to dig very deep to find them. While wonderful regardless of how simple it was in premise, the original Star Wars trilogy took the world by storm.

Over the past 40 years, since the release of the original film, this premise has been overplayed in other films trying to recapture the magic that was the original trilogy. Always the innovator, George Lucas tried to change up his formula when it came time for him to create his prequel trilogy of films. The morality of the films was much greyer than the original trilogy, with heroes and villains being hard to distinguish from one another. While the prequels were certainly different, their reception was mixed at best. Many fans complained that these movies were overly complicated and didn’t feel like Star Wars. Whether Lucas’ new style came a decade too early to be relevant or these films really aren’t as compelling as some call them out to be, they exist and Lucasfilm has managed to move forward in a positive way with them.

After a decade of waiting, JJ Abrams and Kathleen Kennedy helped Star Wars fans rest easy with the release of The Force Awakens. While it borrowed heavily from the feel, themes, and plot of the original film, this was Lucasfilm’s way of earning back the trust of the fan base. Now, the story writers at Lucasfilm are starting to properly implement the ideas Lucas had with the prequel trilogy in its overall new story. While these ideas first appeared in the prequels and The Clone Wars show on Cartoon Network, Lucasfilm has been slowly bringing them back and making them truly relevant to their new mythos. Shows like Rebels, books like Bloodline, and comics like Obi-Wan & Anakin have all begun to blur the line between the good and evil characters and make the story more complex in a way that fans seem to truly appreciate.

Many people probably won’t watch or read any of these stories, so their first proper introduction to these new themes and character motivations will be in this year’s upcoming The Last Jedi film. With Luke Skywalker promising to end the Jedi Order and characters like Kylo Ren and Supreme Leader Snoke being stated to not just be Sith, Star Wars has officially become more complex in a way that fans seem to appreciate much more than the prequels. It’s done a complete 180 from its original incarnations. Now the average film is light-hearted and simple and Star Wars is bringing the tone back to the dark and morally grey style of the 1970s. This isn’t a new direction for film in general, but it is for Star Wars and the release of The Last Jedi this December will tell if it’s a successful move on Lucasfilm’s part.