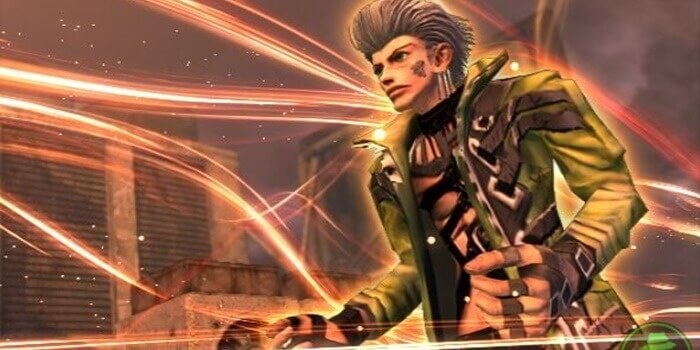 Excited to announce a fan favorite Phantom Dust will re-release exclusively tomorrow for free on @Xbox One & @Windows 10! pic.twitter.com/q8lmn4yeIh

Wait a minute, today is yesterday’s tomorrow. That means starting today, Xbox One and Windows 10 owners can download and play the game for free. Sweet!

You might wonder what Phantom Dust is and why the game is a big deal, as like I, you neither played nor heard of the game before today. Basically, it’s the most anime name you can imagine, but in all seriousness, Phantom Dust takes place in a post-apocalyptic future; the titular dust renders the Earth’s surface uninhabitable and grants certain people magical powers. Also, every character in the game has amnesia, not just the protagonist. I can’t get into the story any more for fear of spoilers, but from what I’ve read it’s pretty good, if overly anime.

Phantom Dust originally released  on the Xbox back when trading card games (TCG) and collectible card games (CCG) were extremely popular, and several video game developers tried to take advantage of the craze. Games such as Baten Kaitos and Lost Kingdoms 1 and 2 are examples of RPGs that tried to implement CCG mechanics, while Phantom Dust is an example of an action-strategy/third-person shooter CCG. Phantom Dust’s gameplay revolves around creating a deck of spells with “cards” that are used in combat. Players then run around combat arenas to collect Aura (the equivalent of mana in other CCGs) to power these spells and use them to defeat enemies. Spells have different effects and cost different amounts of Aura. The strategy of the game comes from the types of spells a player places in a deck; for example, some players might stick to spells that let them nuke enemies from a distance but cost a lot of Aura, while others would rather unleash a flurry of melee attacks that cost little Aura, and that’s not taking into account the numerous defensive, support, and healing spells. Given the number of cards, players are free to experiment and play any number of ways.

Some people might be tempted to call the re-release a remaster, but that would imply the graphics were improved from the original game. The graphics might look better, but that’s because, according to Microsoft Studios Publishing creative director Adam Isgreen, the textures were compressed to fit on the original Xbox disk. In other words, technology has finally caught up to the original developers’ ambitions, which makes the re-release more like a director’s cut than a remaster. Granted, one could argue the re-release’s 16:9 resolution support and use of Cloud servers technically makes it a remaster, but that’s just splitting hairs since plenty of old games are patched to include those kinds of features.

Since the Phantom Dust re-release is free, Isgreen hopes the game will find a place in the eSports scene. The game certainly has the potential to become the next big eSports hit, but that depends on the game’s staying power.