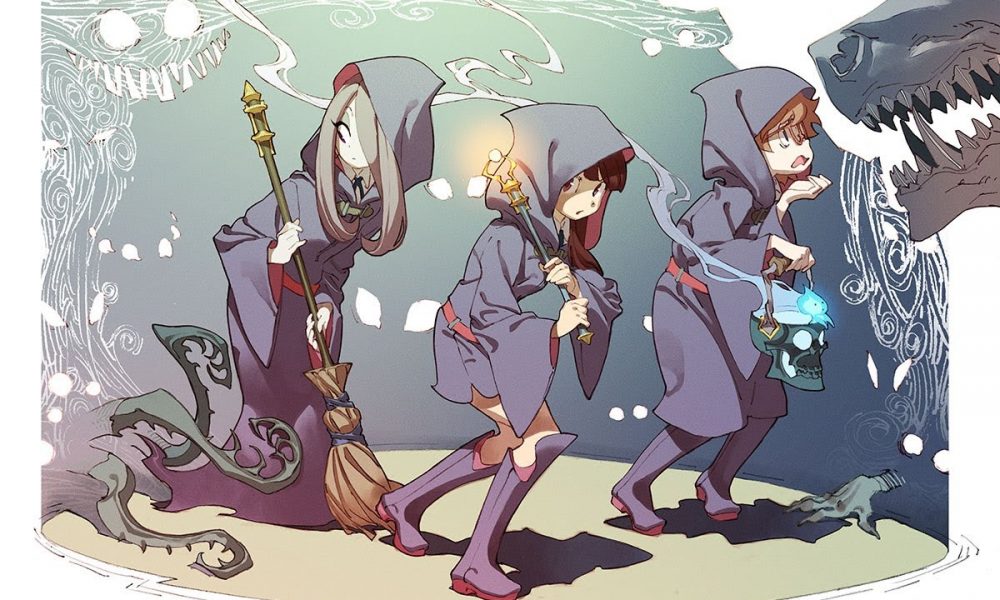 Netflix has announced that the first 13 episodes of Studio Trigger’s Little Witch Academia will finally be available for streaming in the US starting on June 30th.

The show follows three young witches: Akko, Sucy, and Lotte making their way through witch school at Luna Nova Magical Academy. They go on crazy magic filled witch adventures like meeting the Author of Eclipse and dealing with magical blonde female school rivals. They do all this while the lead, Akko Kagari is just trying to learn how to be a great witch without growing up in a magical home. It’s a grand, spellbinding adventure.

Little Witch Academia is Studio Trigger’s 4th full length, half-hour animated series. You may know them from their previous works such as Kill La Kill, Kizunavier, and When Supernatural Battles Became Commonplace. You could also know them from their equally great shorter series such as Inferno Cop, Space Patrol Luluco, and Ninja Slayer From Animation. However you know them, it doesn’t matter Studio Trigger is a consistently critically acclaimed studio with animation heavily influenced by western media.

Little Witch Academia is a fun show, and you should give it a shot when its first season hits Netflix on June 30th. If you need some Trigger content to tide you over, try watching the first two films or Kill La Kill on Netflix. Here’s Little Witch Academia’s English Dub cast if you’re interested: