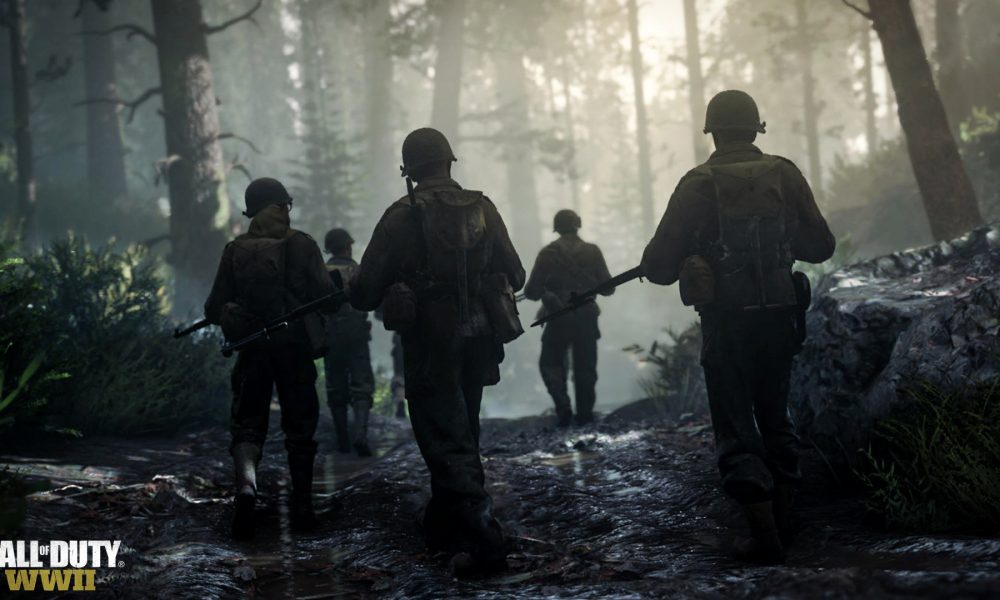 Not so long ago there was a rumor that pretty much gave Nintendo Switch players some hope that the next installment in the Call of Duty franchise WWII was going to come to Nintendo’s hybrid console. However, Sledgehammer has discarded the rumors that this port would be in development.

This rumor was downright destroyed in an AMA session through Reddit, where one user asked if they would be getting a COD: WWII port on the Switch, in a direct (And admittedly hilarious) fashion, the studio answered with just “No”.

The origin of the rumor and its debunkings

The rumors have been going on and about since Beenox, the studio known for making the port of Call of Duty Black Ops III for last generation platforms showed a twitter post that basically hinted at some work in regards to the franchise. However, in my opinion. Calling it a “Switch port confirmed” is sort of a stretch since it could just be related to porting another game or something different altogether. Not to mention that the image in the tweet has nothing to do with anything really, it’s just a staff picture.

Even if that was a possibility, Sledgehammer had already denied previously that there were any sort of port for Call of Duty: WWII for the switch in the works before in multiple occasions, first through a post in Gamespot and secondly through one of the game’s developer Twitter account. Making it specifically clear that the game’s porting is not up to them but to Activision’s “business guys”.

I doubt this is the last time we’ll see rumors of a port for the Switch for Call of Duty: WWII. However, fans of the series will have to realize that there are no plans on making a port to the console and will have to look at the alternatives in PC, Xbox One and Play Station 4

Matt DavisMay 5, 2021
Read More
Five Nights At Freddy’s 6 is revealed… and cancelled.
Gamestop’s latest deal allows you to turn bad games into an Xbox One