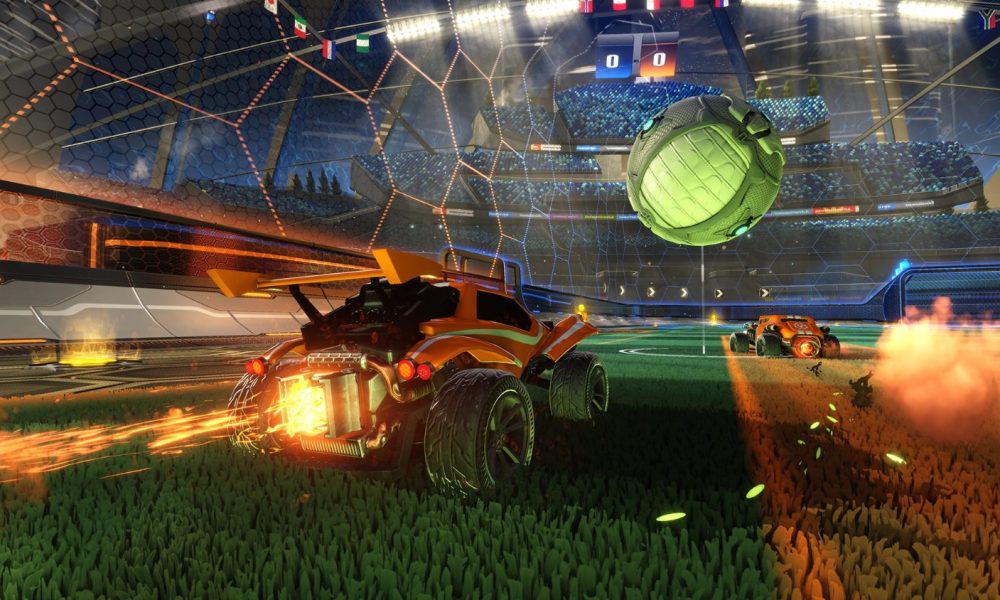 It’s interesting how times fly for some games. People often don’t notice that the games they love ended up becoming staples in the industry. As such, yesterday was Rocket league’s second birthday, with over 33 million registered users. This has become everyone’s favorite sports game about cars that can fly with rockets. Surely Psyonix loves how well versed into the gaming industry this game is. And how much of a popular eSport has become.

Well, now the development team decided to talk about their next step that comes with a port to the Nintendo Switch, during a press conference. Psyonix’s VP of Publishing Jeremy Dunham had this to say:

“Nintendo has been very open with giving us whatever resources that we need, answering any questions that we have, allowing us to do cross-network play, which is a big deal and very important to us and they had no problem with that at all. That was the very first question I asked them. I said: ‘If we are going to commit to doing this, would you guys allow us to do cross-platform?’ And they told me that if it is important to us, then we will do cross-platform. There wasn’t even any hesitation.”

And while the future looks bright for the game. There were a few interesting bits to talk about when addressing the game’s merchandise. “We have been a bit critical of our own ability to keep up with merchandise requests,” says Dunham. “There are a number of types of things that people have asked us for that we just don’t make, or aren’t available. So we are trying to find the right partners to team up with make those things. For us, we are not looking at it as a major revenue stream. It’s more a way to let the fans get access to things that they like about Rocket League.”

People are starting to discuss the entry towards Rocket League 2 as well, merchandising and other things once the console market has their piece of Rocket Cars. However, Psyonix thinks differently about this and states that: “We look at Rocket League as a platform, and not as a franchise for us to make very different versions of. Rocket League is a game that, as it expands, it is still the same game. It is not Rocket League Karts or Rocket League RPG. We don’t want to exploit the brand. We want to reward the players, that’s how we look at it.” Dunham also added that if they were going to make a new game. They would do something new and not a sequel which will be its own separate thing.

It’s good to see how much Psyonix has evolved since the day they made Rocket League readily available on Steam. It’s one of the most popular games in the market and it certainly has grown in the hearts of so many gamers. What lies ahead in the future of Psyonix? Well, time will tell. I certainly hope their new ideas turn out to be equally amazing things

Matt DavisMay 5, 2021
Read More
Overwatch Pros React to the Release of Doomfist
D.Va Snarks Her Way to Victory with Her New One-Liners!