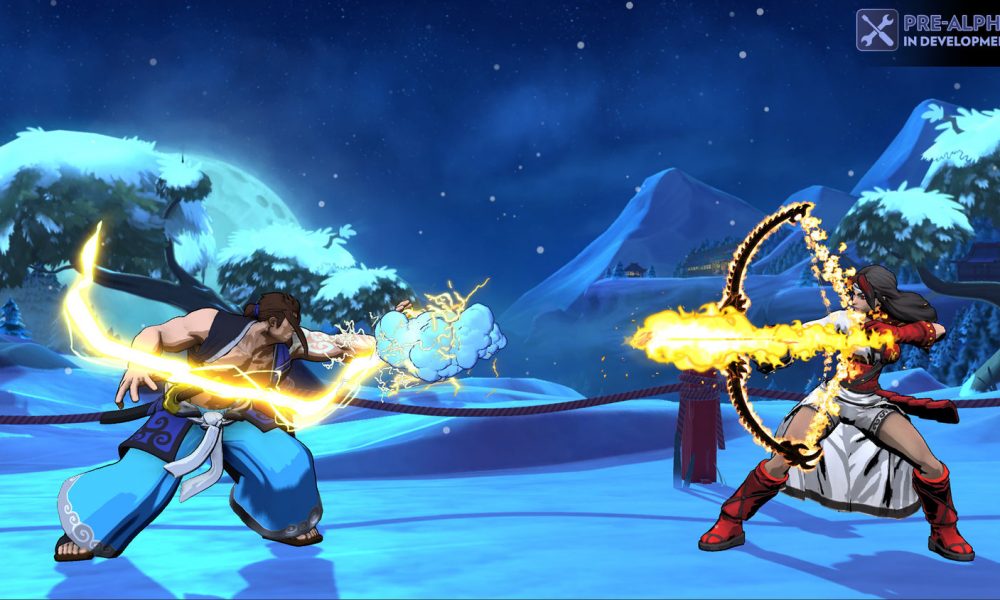 Fantasy Strike is not a new property; its characters and universe already exist in tabletop games such as Yomi and Puzzle Strike, which are also owned by Sirlin Games. Fantasy Strike uses a simple control scheme that only requires a few buttons, two of which activate special moves — three if you count the designated super-move button. The game can easily be played with either a keyboard or a controller, which is good since the game will be available on PlayStation 4 and on PC via Steam (no word on a potential Xbox One or Nintendo Switch version). If videos of the game’s current build are any indication, Sirlin Games might successfully create a fighting game anyone can enjoy regardless of experience.

Fantasy Strike’s crowdfunding campaign is currently on Fig and is asking for $500,000. Sirlin Games promises the game will feature ten characters, at least four stages, and numerous game modes, such as arcade and local versus. The developers also promise to include facial animations, voice acting, more characters and stages, better visual/sound effects, improved AI, new game modes, and foreign language support as stretch goals. However, unlike other crowdfunding campaigns, these promises aren’t set in stone, as Sirlin Games doesn’t want to, for example, promise to develop a game mode that “isn’t really that fun or worth the effort.” Instead, Sirlin Games will let backers decide which stretch goal features/game modes are included in the final product.

If Fantasy Strike…ahem…strikes your fancy, you can help fund it here. Pledges start as low as $20 and guarantee backers a Steam version of the game. Larger pledges net backers early access, an extra copy for a friend, and alternate costumes. Currently, backers can only receive a PlayStation 4 version of Fantasy Strike by paying an additional $24. Sirlin Games will run the campaign until August 25th and, if it raises enough money, plans to release the game sometime in Q3 (July through September) of 2018.

Zach RileyNovember 29, 2022
Read More
Analyzing Waking Titan; the No Man’s Sky ARG
Hidden Agenda Is The PlayStation Exclusive Everyone Should be Talking About