Wolfenstein II’s “German or Else!” Paints a Saccharinely Grim Picture of America Under Nazi Control 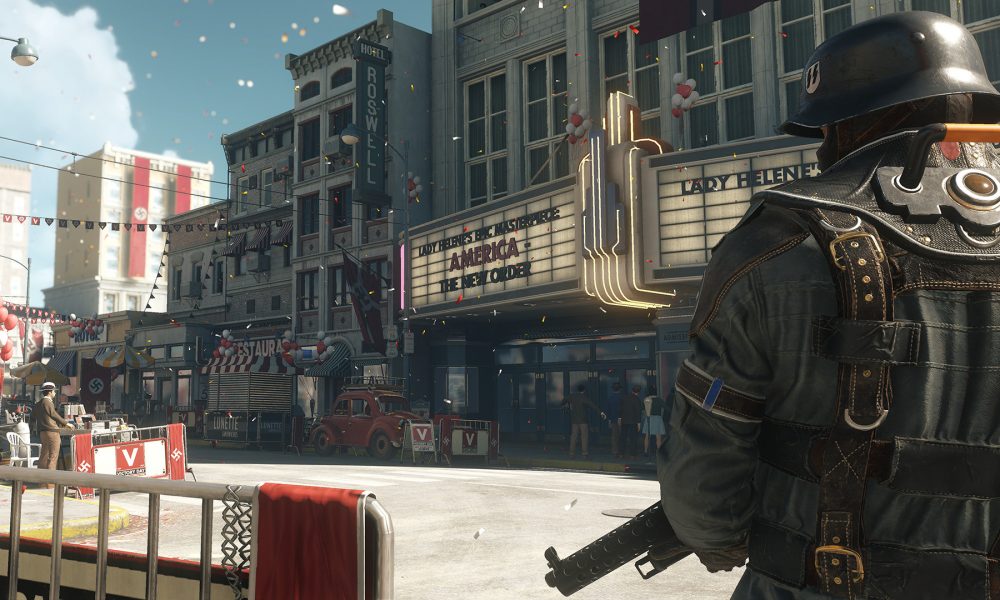 Wolfenstein II’s “German or Else!” Paints a Saccharinely Grim Picture of America Under Nazi Control

Bethesda wowed audiences during E3 with its reveal of Wolfenstein II: The New Colossus, partially thanks to clips of fake television shows and commercials from a Nazi-occupied United States. These snippets only hinted at the kind of world players would face in Wolfenstein II. Now, Bethesda is posting full versions of these videos on its YouTube channel, and they’re probably the kind of programming that would have aired in America had the Nazis won.

The most recent video is the fictional game show “German or Else!” and feels straight out of the 1960s. The show’s stage is bright and colorful, but the audio and video quality is muted and grainy, as if the show were being watched through an old cathode ray tube television. Everything in the video, from the music to the title sign font, screams classic 60s television, which helps make the trailer feel authentic, or at least as authentic as you can get with an alternate history game show.

The game show starts innocently enough, but it quickly turns dark without losing the cheery attitude. The host asks the two contestants to guess the German translations of abstract nouns in several sentences. Each sentence is clearly meant to hammer in the propaganda that Nazis are superior and everyone should obey them. Furthermore, the losing contestant looks absolutely terrified throughout the video, as if the show hides a terrible secret (spoiler warning: the game show does hide a terrible secret). While the winner gets 1000 Deutsche marks, the loser is forced to go to a re-education camp — something the audience applauds and loves. The show segment ends with the host stating, “Remember, only 173 days left of English. Make sure you’re prepared,” after which credits full of German names scroll by, and the trailer finishes on some Wolfenstein II gameplay.

The ending of the game show illustrates how horrible life is for Americans in Wolfenstein II. English, the most common language in the United States, is being supplanted by German; marks are the national currency instead of dollars, and anyone who can’t keep up with the changes is forced into historically accurate re-education camps. Everything that isn’t an architectural style or a strawberry milkshake (or the KKK) is being replaced with a German/Nazi equivalent. However, the Nazis, quite ironically, spread their propaganda by appropriating American culture and corrupting it so that even the most kid-friendly aspects espouse the sick and twisted ideals of the Nazi regime. Then again, the Nazi Swastika is a corrupted version of an ancient Asian religious symbol, so Nazis making something innocent synonymous with evil is nothing new. Still, the game show, thanks to its little touches and details, is a gut punch to any red-blooded American and makes the world of Wolfenstein feel believable. Those who made the trailer should feel proud they created such a horribly brilliant and realistic fake game show.