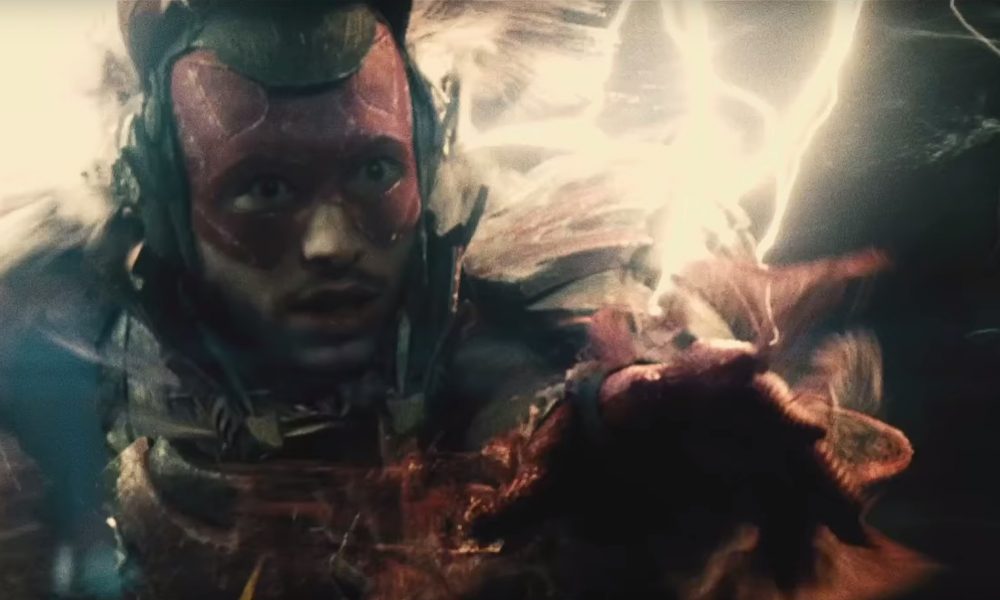 We learned a great deal about Warner Bros’ plans for the DCEU at comic con, but one bit of news really stands out. The Flash movie is now being called Flashpoint, the name of an iconic event in DC Comics history. Despite how awesome seeing a live action Flashpoint adaptation would be (not counting the CW’s attempt), it should raise many concerns for fans of DC movies.

Flashpoint revolves around the Flash going back in time and saving his mother from being murdered. As a result, the known timeline that Flash inhabits is changed in favor of a dystopian, elseworld story. In it, many things have changed but remain familiar to fans of the comics. For example, Aquaman and Wonder Woman are the monarchs of their respective people and are in a highly aggressive war with one another. Bruce Wayne was also murdered instead of his parents who became Batman and the Joker respectively. The Flash and his arch-nemesis, Reverse-Flash, are the only two who remember the original timeline. Flash eventually decides to reset the timeline once more, returning things to how they were.

While it’s a wonderful storyline and the movies at the very least have most of the characters to do the story properly (unlike the show), this is way too soon. Until Justice League comes out, we’ve only had three scenes with the Flash so far. There were two in Batman v. Superman where we can’t even see him clearly in either and another in Suicide Squad that lasts for maybe five seconds. He’ll no doubt get his origin story in Justice League, as the trailer implies with him visiting his father in jail, but it’s not enough for Flashpoint to be done justice.

Spider-Man: Homecoming and Batman v. Superman serve as good examples of taking a hero that the public is way too familiar with and skipping the origin story. This is mainly done because most audience members out there are sick of seeing the same thing over and over again. However, the only mainstream Barry Allen story that the public has been exposed to since the 90s has been The Flash TV show. As great as that show is, it doesn’t have anywhere near the following that Spider-Man or Batman movies have traditionally had. Thus, the majority of people are going to need more of an origin story for the Flash.

Even then, the DCEU hasn’t earned Flashpoint yet. It would be an excellent way to right the ship after some shaky entries or allow for Ben Affleck to exit the role of Batman as he is rumored to want to do. That being said, the DCEU hasn’t existed long enough to warrant a story with multiple timelines or even anything close to a reboot. We don’t need another X-Men situation where no one can tell what timeline certain movies are supposed to be a part of.

There’s no need to rush things, something the people behind the DCEU don’t seem to get. They really want to get to the deeper, more impactful stories that DC Comics has to offer. Batman v. Superman tried way too hard to stuff in elements from The Dark Knight Returns, Under the Red Hood, and the Death of Superman comics but it was only the second film in the series. Suicide Squad crammed in so many origin stories that we barely got to see Jared Leto’s Joker and still can’t really say much about it. Now we have Justice League coming up featuring three heroes who have yet to be given a movie of their own. They haven’t even introduced the Reverse-Flash yet, a character integral to the Flashpoint story, and they don’t really have room to until the Flash gets his movie.

Warner Bros and DC really need to reevaluate making a Flashpoint movie so soon. I’m personally stoked to see it eventually happen, since seeing Jeffrey Dean Morgan reprise his brief role as Thomas Wayne to play Batman would be great. That being said, I can wait until Flash has had a movie or two so we don’t go diving head first into a nearly empty pool like we’re about to with this film.