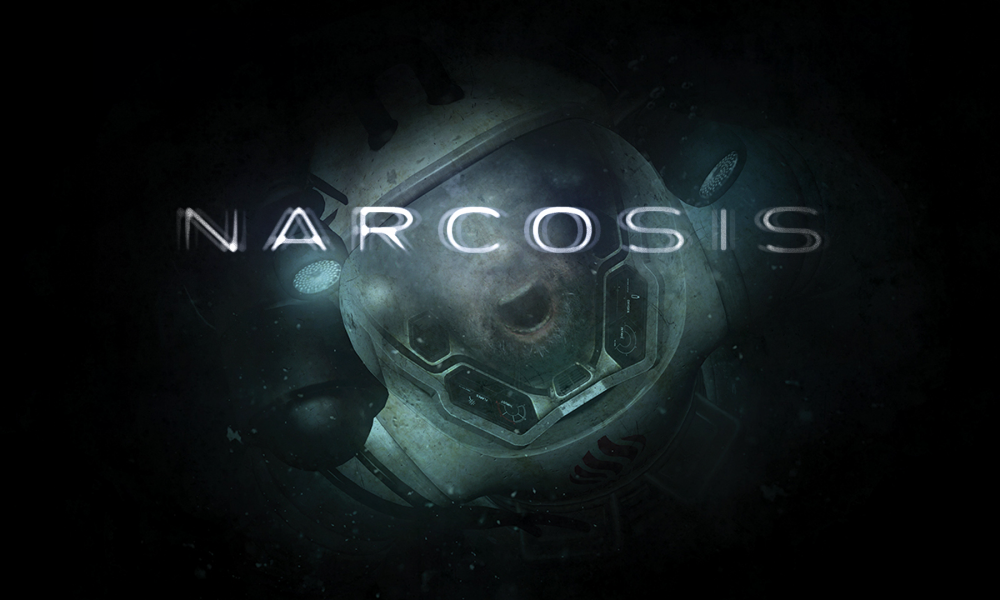 Starting up a new series here on GeekReply and I hope you guys enjoy it. So this is going to be the first of many game reviews to help provide a fair unbiased opinion about newer and upcoming games. I plan to be as brutally honest as possible so you can get a clear idea of your interest in the game. Now also remember, these are my opinions, and we all have different opinions. So my personal preference in games may be different from yours. But I plan to break this down so that you can get as much information as you can before taking that final plunge into buying the game.

So for my first game review, I had the chance to try out Honor Code’s Narcosis on PC. Here is a brief description of the game taken directly from the game’s website narcosis-the-game.com  “Survival, horror at the sunless depths of the Pacific Ocean: Stranded on the seafloor with low light and few tools, an industrial diver takes desperate steps to surface before his oxygen — and sanity — give out.” So let’s get down to breaking this game down and giving it a final rating out of a possible 10. Also, I’m one of those people that believe 10 should be nearly unreachable just like the 100 player rating in Madden. Tough to get, but it’s possible. So here we go.

This is a big one for me. I seriously enjoy the different kinds of artistic graphic styles out there. Each game has their own perspective of what they want to achieve for the game. The realistic high quality graphics are one of the first things I noticed when i fired up the game. The detail of the coral, the fish, even the finger smudges on you interfaces. The graphics were pretty exceptional and it does add to the eery feel of the game. Honor code does a fantastic job at bringing the deep sea to life in this game. 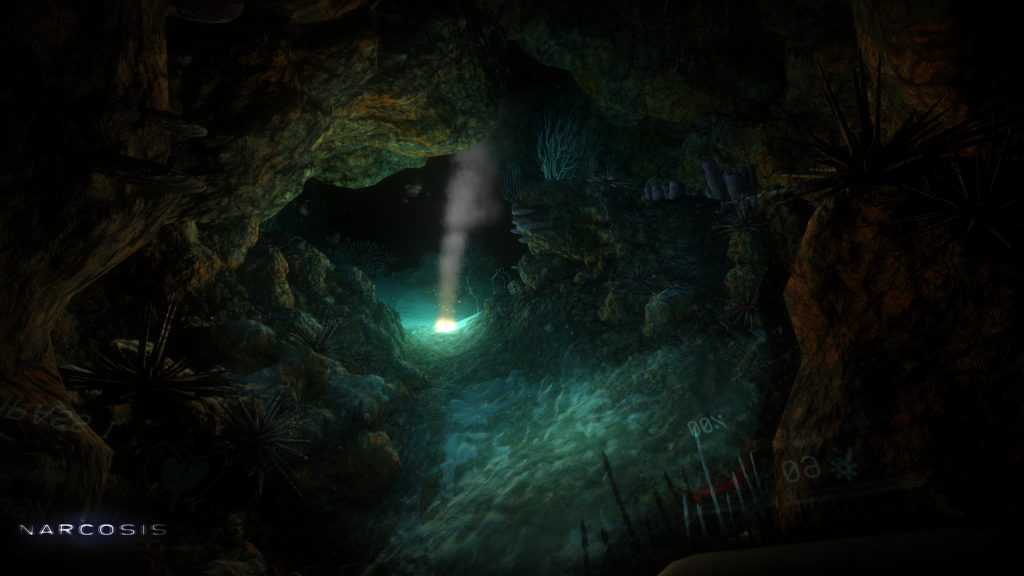 The controls were actually pretty easy to pick up. The game does a good job at easing you into the controls as you begin the game. Actually you get to test the feature of your suit in a training pool with someone on your comm explaining what to do. Which in my opinion is a pretty interesting way of introducing a player to the controls. The thing is, the game will take you through a few minutes and then jump into a flashback of being in that pool to learn the controls. So it didn’t feel like it was overwhelming with an entire segment of training jammed into 10 minutes of play. So the learning curve was quick and painless.

So I’m not going to spoil the game for you at all. I want you to experience this game’s story fully because it’s certainly an interesting one. There’s a few points in the game you kind of question what is actually going on. But I feel as though it’s intentional. This game seriously takes your brain through a journey of ups, downs, lefts, and rights. But it only adds to the intensity of the game. That’s exactly what this game is, Intense.

The gameplay in my opinion was fantastic. You did have an element of fighting to the game so it wasn’t just a straight up walking simulator. The survival aspect of the game, again, adds to the intensity. You will have to find ways to refill your oxygen but the good thing is it seemed like just as you were getting into the critical levels you’d find a cylinder or a refill station. Which I noticed as I got further into the game. It keeps you right on the edge of your seat. Which is great. The other thing while this is technically a horror game, and it did have it’s moments of jump scares, the game feels like it’s more interested in keeping you on the edge of your seat than kicking you in the face with a scare. Which, in the end, made me more interested in the story. 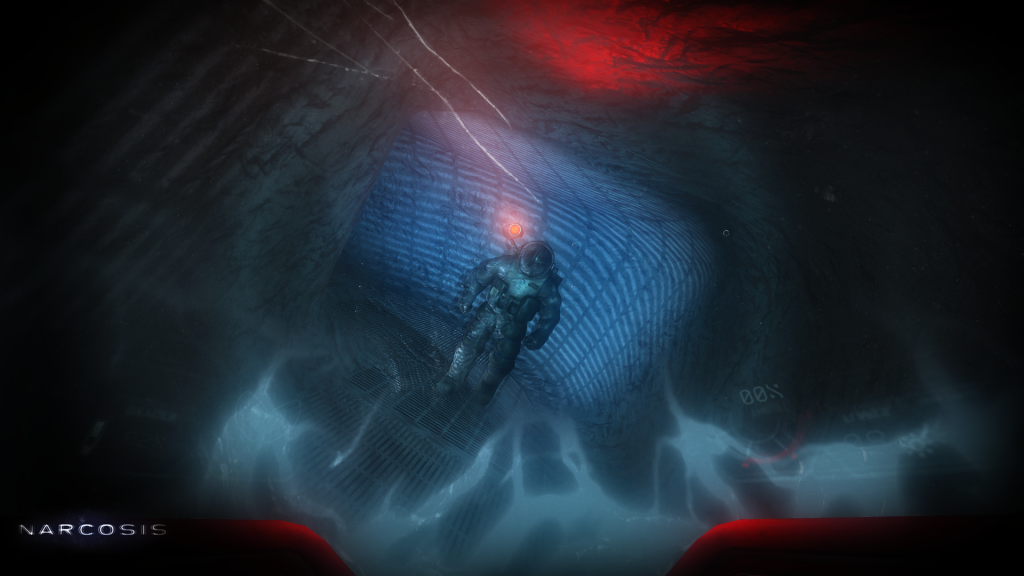 This might be one of the issues with the game. The developer has said there are 20 unique collectibles to the game. Which, if you’re one of those 100% type people, you might enjoy that. I do feel like somewhere down the line I might revisit the game because of the environment and graphics. I would also revisit the game if I could try it on a VR device as well. But beyond that, I don’t know if it has too much replay value.

This may seem like another issue for some. It was a short game. I played about 3 and a half hours of the game. Though I’m not one of those 100% people. I did collect a majority of the collectibles but I didn’t stress about it. The thing is, even though the game was short, it told the story well and it was pretty comfortable length. It didn’t feel too drawn out but it at the end you do get a feeling of wanting a bit more. 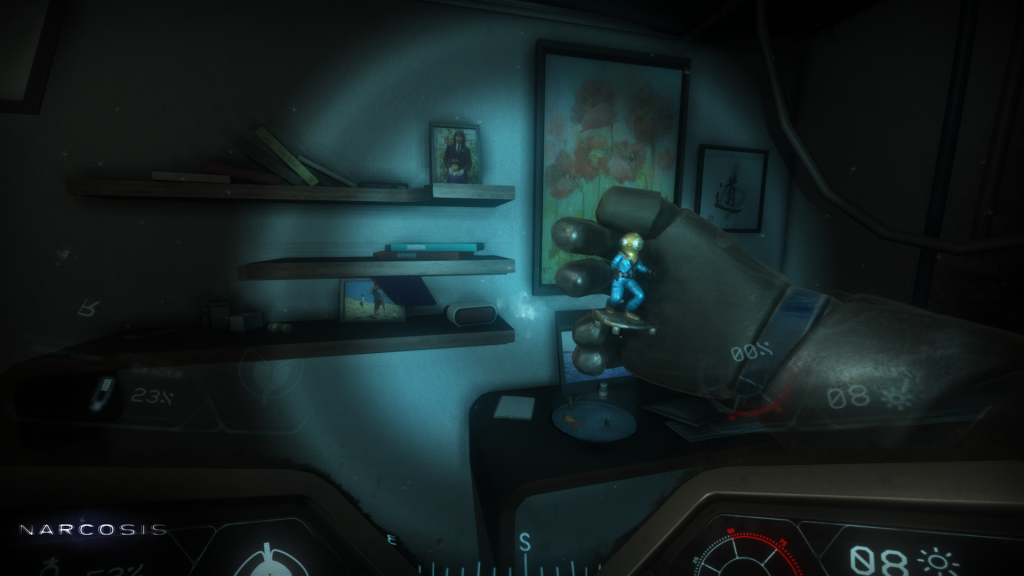 So, Final thoughts on Narcosis. I thought the game was crazy intense. I’m not usually a fan of horror games, only because I’m a baby when it comes to scary stuff. Yeah I’ll admit it. But I’ve said it already but I’ll say it again, the game does a fantastic job at keeping you on the edge of your seat in a different kind of horror. You’re enemy really because the darkness of the ocean and the fact that you’re alone. Narcosis really does immerse you into the game and you really get feel like you’re losing your mind by the end of the game. Personally, I loved the experience, it was exactly the change up I needed from the current popular games. Honestly though I think you’ll end the game satisfied and looking forward to Honor Code’s next project. 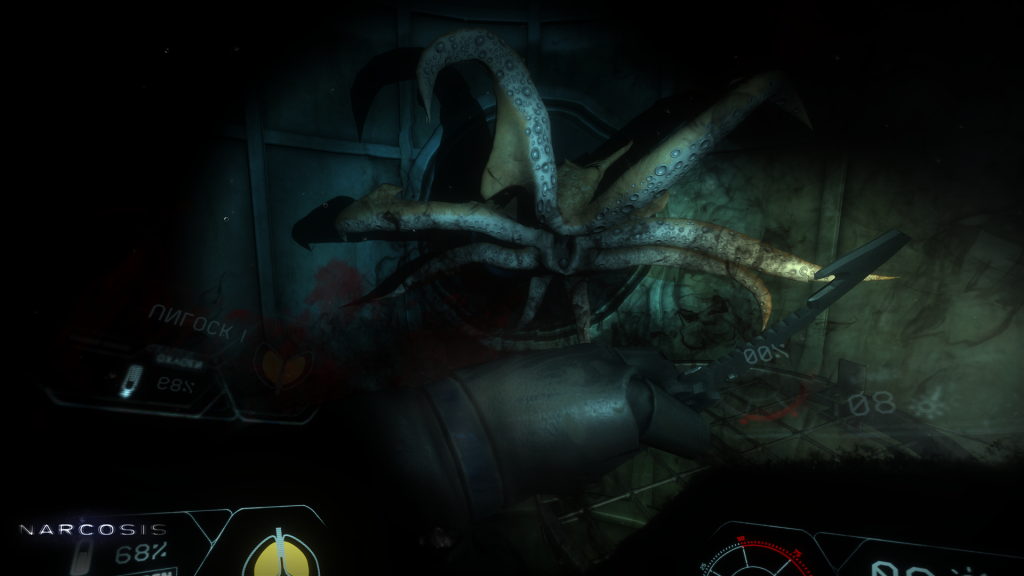